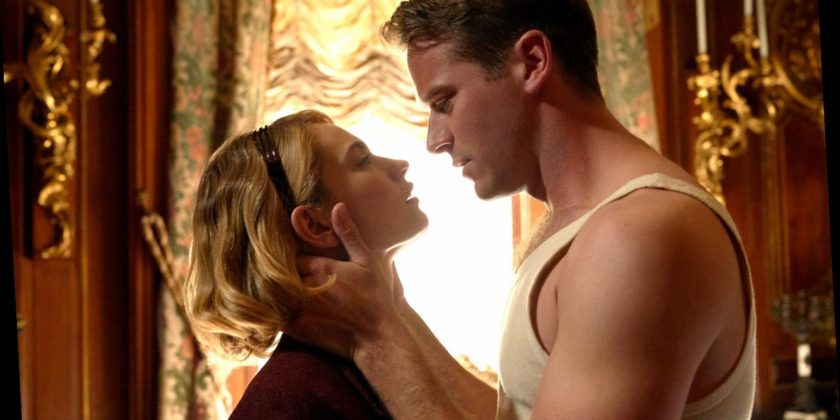 A new film adaptation of the classic novel Rebecca is heading to Netflix later this year and the first look has been released!

Lily James and Armie Hammer star in the new film from director Ben Wheatley. The psychological thriller is based on Daphne du Maurier‘s beloved 1938 gothic novel.

Alfred Hitchcock previously made a film version of Rebecca, which won the Oscar for Best Picture back in 1941.

Here is the synopsis: After a whirlwind romance in Monte Carlo with handsome widower Maxim de Winter (Hammer), a newly married young woman (James) arrives at Manderley, her new husband’s imposing family estate on a windswept English coast. Naive and inexperienced, she begins to settle into the trappings of her new life, but finds herself battling the shadow of Maxim’s first wife, the elegant and urbane Rebecca, whose haunting legacy is kept alive by Manderley’s sinister housekeeper Mrs. Danvers (Kristin Scott Thomas).

Also starring in the movie are Ann Dowd and Sam Riley, among others. Netflix will release the movie on October 21!