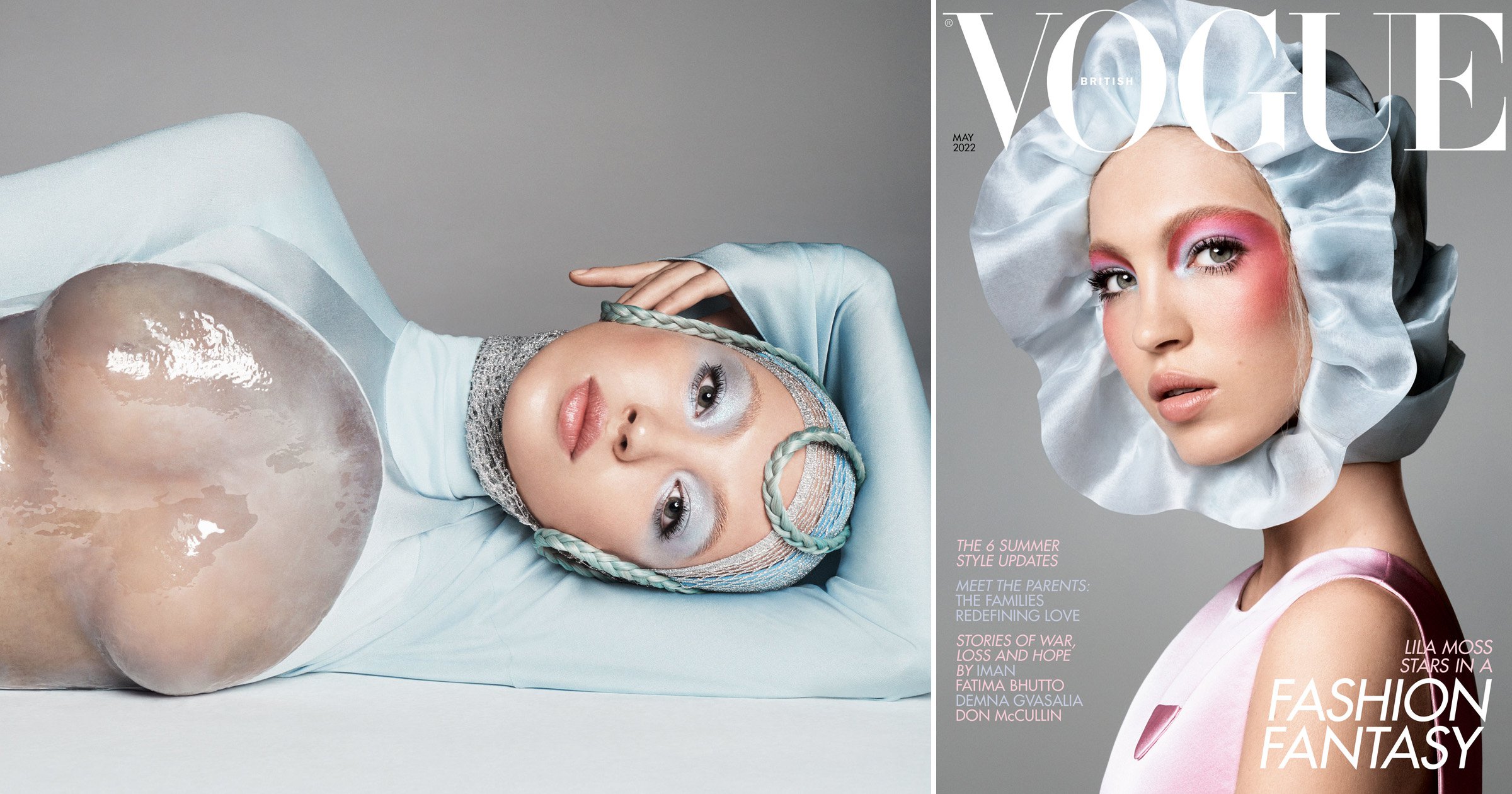 Lila Moss might be following in her famous mother’s footsteps and carving out a career as a model, but mum Kate Moss actually tried to dissuade her from doing it.

The 19-year-old, who is the daughter of Kate and her ex-partner Jefferson Hack, has been unveiled as the May cover model for British Vogue.

While a career in modelling was in the genes for her, Lila admits her mum didn’t want her to take the same path.

She told the publication: ‘My mum always put me off [modelling]. She was always like, “If you wanna do it, you can, but I wouldn’t recommend it.”’

Kate had tried to protect Lila from the pitfalls of fame, but the teen is not anxious about it, adding: ‘Not really. I’ve seen it first-hand, so I’m much more able to cope with it. I’ve had to say no to people. But I’m always nice!’

Lila also revealed she was around eight years old when she first realised her mother was famous after seeing her be photographed everywhere they went.

‘That was when I realised the paparazzi thing, that they were interested in her, for some reason,’ she revealed.

‘Then I went to secondary school and everyone was like, “Oh, your mum’s Kate Moss!” You don’t really have a filter when you’re that young and I was like, “How do you know who she is? She’s old! She’s old and boring!”’

Lila, who appeared on the cover of Vogue in a frilly bonnet, as well as a futuristic outfit with a clear body, admitted it is only in the last ‘three or four years’ that she has realised her mum’s style is ‘actually really cool’ and begun raiding her wardrobe.

The fledgling model has a fair few Vogue shoots to do to live up to Kate’s legacy, as the supermodel mum has graced the magazine 43 times.

Lila has also appeared on the cover alongside her mother in 2016 and the pair walked the catwalk together at Fendi’s show in Paris last year.

See the full feature in the May issue of British Vogue, available via digital download and on newsstands from April 26.