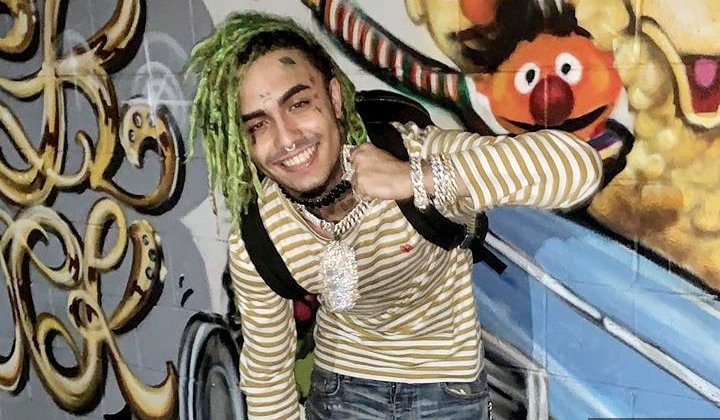 Claiming that he doesn’t support illegal prostitution, the ‘Gucci Gang’ hitmaker proudly shares his story of avoiding to pay a prostitute for her service in an Instagram video.

AceShowbiz –Lil Pump claims he’s not supporting illegal prostitution despite using the service of a prostitute. The 19-year-old rapper shared on Instagram a video of him bragging about turning down the sexual worker’s request for payment after they hooked up at his place.

He concluded as saying “Aint no prostitution in my crib. When y’all h**s come over here, y’all b***hes be sucking d**k for the free!”

While Pump seemed to be proud of himself for managing to thwart the prostitute’s attempt to get money from him, not everyone was impressed by his act. “worst story teller ever,” one reacted to the video. Another said of Pump’s act, “So he stole the pxssy in other words ?”

“This video just made me hate lil pump,” another Instagram user blasted him. Another predicted his downfall, “He’s dead at this point.”

Some others warned the American-Colombian rapper of possible consequences of his action. “All fun and games until your new watch comes up missing,” one wrote. Another saw a potential lawsuit as saying, “Its ok, he gone pay her in all those court appearances he fenna go too after she claim rape.” Someone else believed the woman took what she deserved without his knowledge, “I bet she stole something. She getting her worth.”

A few others, however, didn’t believe Pump’s claim that he didn’t pay her. “You know you paid her,” one said to Pump. Another guessed, “I bet he still slipped her $100.”

There were some others who pointed out the fact that Pump is just 19 years old. “is he even old enough to be f**kin,” an Instagram user wondered. Another slammed him for looking older than he’s supposed to be, “dudes only 19? Looks f**kin 40.”