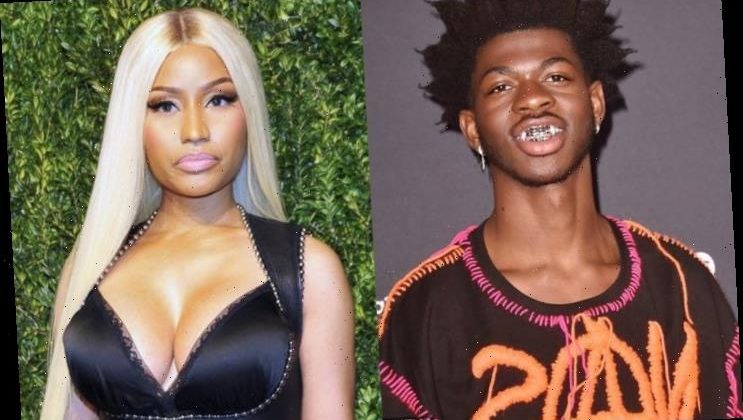 The ‘Old Town Road’ hitmaker has been widely speculated to be the handler of @nasmaraj, a Twitter fan account for the ‘Megatron’ rapper, but has never formally acknowledged it.

AceShowbiz –Lil Nas X has gotten candid about him being one of Nicki Minaj‘s barbz. Shortly after reaching out to the “Super Bass” raptress for a possible collaboration, the “Old Town Road” hitmaker admitted to his more than four-million followers that he used to hide his fandom due to fear of being outed as gay.

On Tuesday, June 16, the 21-year-old singer responded to Minaj’s video post on Twitter by tweeting, “i have this song i want u on and was wondering….” His tweet prompted a fan to ask, “How come you never claimed her when people asked if you were a barb?? We all knew who you were.” In return, he wrote back, “i didn’t want people to know i was gay tbh.”

When another Twitter user pointed out that “being a barb [doesn’t] make you gay,” the Cardi B collaborator on “Rodeo” explained, “it don’t but people will assume if you had an entire fan page dedicated to nicki u are gay.” He went on to note, “and the rap/music industry ain’t exactly built or accepting of gay men yet.”

Lil Nas X explained why he hid his status as a Nicki Minaj stan.

Nax X’s clarification on his Minaj stan came just days after he declared on Twitter, “life is too short to pretend you’re not a barb.” At the time, a fan responded by expressing hope that the tweet was not a shade at Minaj’s rival Cardi. “they are both dope successful artists who still have so much potential. & i’m so thankful cardi hopped on rodeo,” he assured. “also i don’t shade ppl, only positivity here.”

Lil Nas X confirmed he is one of Nicki Minaj’s barbz.

The “Panini” rapper has long been widely speculated to be the person behind Minaj’s Twitter fan account called @nasmaraj, but he has never formally acknowledged it. Back in April 2019, he was asked during an interview with NPR to share his thought on the theories linking him to the Twitter handle.

“It’s like a big misunderstanding and it’s not one that I even want to give the time, because I’m never putting someone as the face of my career,” he responded at the time. “So I don’t even speak on it. I just don’t even acknowledge it, really. I know even more things are being made up and they’re gonna be out there. It is disappointing when a big blog will post something without me talking about it but, I mean, it happens.”