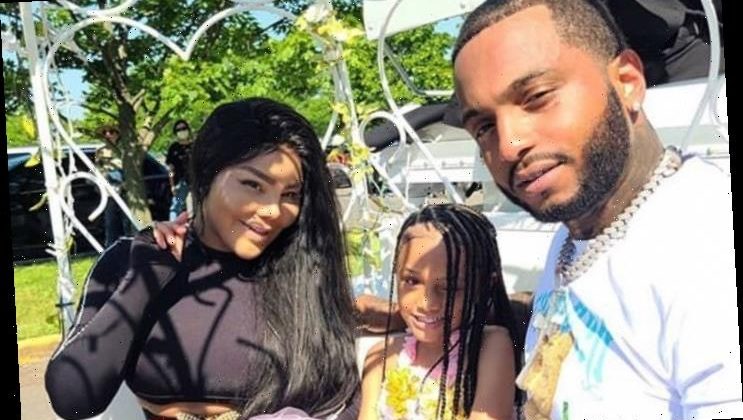 The father of Lil’ Kim’s daughter Royal Reign Jones Neil raises fans’ hope of their reconciliation, less than two months after it’s reported that she broke up with The Great Leader.

Mr. Papers dropped a hint at the status of his relationship with Queen Bee during his interaction with her fan on Instagram. And judging from his statement, it appears that the potentially reunited exes are moving fast with them possibly working on having another baby together.

Mr. Papers recently posted on his social media account a video of him and his daughter Royal Reign spending time listening time to Pop Smoke‘s music, applying a lot of filters. “Me and Royal on pop smoke all night! she wanna F** wit the wooooooooooooooo (no cursing),” he captioned it.

Seeing how cute the father and daughter duo were, a follower left a comment, “We want another one with Kim. Remy preg now time for Kim,” referencing Remy Ma‘s recent pregnancy announcement. Mr. Papers then surprisingly responded, “we 2 steps ahead of you,” suggesting that he and Lil’ Kim may have been thinking the same about having a second baby.

Interestingly, just several months before Kim flaunted her new romance with The Great Leader. She went public with their relationship in November 2019, showing off a necklace that her boyfriend gifted her to honor her late father. The diamond necklace features a pendant with a picture of her father around the round frame.

A month later, in December, Kim revealed on her Instagram Stories that she and her boyfriend went house hunting, a few days after she joked about relocating from New York City to Atlanta so she could spend more time with him.

However, reports emerged in May that the pair might have broken up after quarantining together for two months. It’s not clear what led to their separation, but Kim fueled the split rumors as she’s no longer following the entertainment executive on social media.

Earlier this month, Kim and Mr. Papers reunited to celebrate Fourth of July together with their daughter. The exes flirted as they danced in a parking lot.