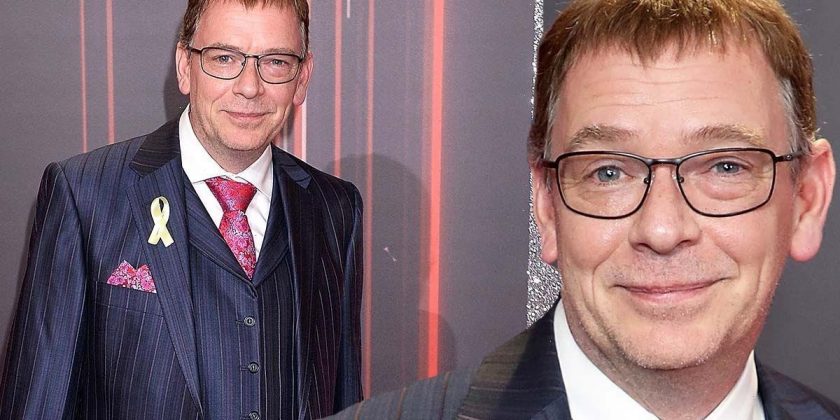 I'm a Celeb: Adam Woodyatt says routine 'does your head in'

EastEnders actor Adam Woodyatt spoke out about how he reacted to his son Sam telling him he wanted to be an actor too. The soap star told Kate Thornton about his honesty toward Sam during a conversation on her podcast White Wine Question Time.

Expressing his relief that his son turned out to be good at acting, Adam admitted that he would tell him the truth if he believed otherwise to avoid “a lifetime of hurt and rejection”.

Adam began: “Sam’s going to end up following in my footsteps and end up acting, I think.

“He’s actually quite good. It wasn’t a case of me looking at him going, ‘Oh, yeah, go into acting’, and thinking, ‘You’re never going to succeed’.

“It was actually, ‘You’ve got a chance, you can manage it.’

“If I didn’t think he was good enough I probably would have told him because otherwise he’d just be destined for a lifetime of hurt and rejection.”

“He needs to go get some training, which he is currently applying for.

“But he’s been picking up bits of work without the training, so… a bit like I did, I never had any training.”

Adam had been portraying Ian Beale from 1985, before quitting the show in 2021.

Ian was last seen in Walford in January 2021 after discovering Sharon Watts (Letitia Dean) had been plotting to kill him.

Speaking about his exit from EastEnders, Adam said: “It will have been a year since I was last in EastEnders by the time I go in.

“I’ve enjoyed my time so much. I am very much enjoying my life and doing things I want to do.”

Looking to the future during an interview last year, Adam did not reveal whether he had plans to return the hit soap.

He added to Metro: “I am not one to plan anything. I will go with what happens.

“I might take the summer off and go and work at my mate’s restaurant when he does the pop-up stalls at food festivals.

“I did it a couple of times this summer and I enjoyed it. But I am just now really looking forward to doing I’m A Celebrity.

“Programmes like this were a blessed relief during the lockdowns last year and I can’t wait to go in.”

In November last year, he was confirmed as one of the two annual late entrants during the 21st series of I’m a Celebrity… Get Me Out of Here!

He went into the show alongside actor Simon Gregson, who is known for playing Steve McDonald in Coronation Street.

Adam was eventually eliminated on day 18 from Gwyrch Castle in Wales in December, finishing in sixth place.