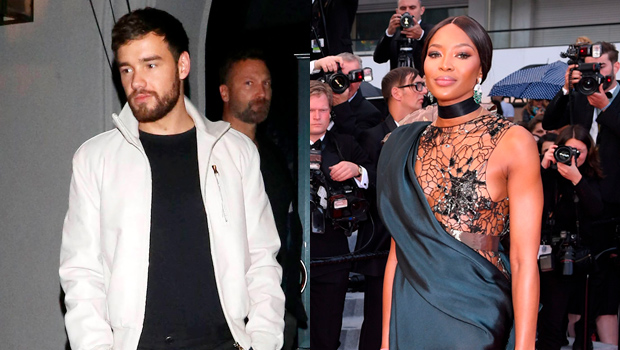 Liam Payne, 25, and supermodel Naomi Campbell, 48, have taken their online flirtation to the next level. We’ve got video of the pair attending a concert together during an apparent date night in London.

Liam Payne seems to have a type when it comes to preferring older, beautiful women. The 25-year-old singer and stunning OG supermodel Naomi Campbell, 48, got super flirty on social media and now they’ve been spotted attending a concert in England together. On Jan. 28 they were filmed leaving a show by Nigerian singer-songwriter Davido Adeleke at London’s O2 Arena. Liam trailed sweetly right behind the towering 5’10” beauty, who looked amazing rocking short black curls and a stylish denim outfit of jeans, a crop top and matching duster coat. At one point as they were heading to their vehicle, a black and white sweater clad Liam put his hand gently on Naomi’s back.

The cute date night comes after the pair were signaling a mutual interest in each other on social media. Last week when Naomi posted an Instagram selfie featuring a close of up her face, Liam commented that she is “perfection in a person…don’t give me those eyes” in a super flirty way with peepers emojis. The supermodel then returned the affection by commenting that Liam is a “beautiful soul” under one of his own IG pics. Then he responded back to her “takes one to know one.” How adorable is that?!?

Despite their 23-year age difference, this pairing actually makes some sense. Liam has a thing for older female British icons and Naomi likes younger British musicians. The former One Direction member ended his two-year relationship with singer and U.K. X Factor judge Cheryl in the summer of 2018. At 35, she’s ten years his senior and their romance produced a one-year-old son, Bear.

Naomi is also currently single just like Liam. Her last relationship was with British rapper Skepta, who is 12 years Naomi’s junior at 36-years-old. They broke things off in 2018, like Liam and Cheryl. Now that it’s a new year, it’s time for some new relationships and Liam and Naomi are definitely one of the most interesting celebrity pairings anyone could imagine.

Naomi has proven that no matter how many models come and go from the catwalk, she has always been and still is the runway queen. She closed out the Maison Valentino Haute Couture fashion show during Paris Fashion Week on Jan. 23 during a surprise appearance. Naomi returned to walk for the luxury label for the first time in 14 years and boy was it memorable. She bared her breasts in a dress featuring a sheer black top and showed that she still has her iconic figure three decades after becoming one of the OG supermodels in the late 1980’s. If they are now officially dating, Liam is one lucky guy to have landed this fashion and pop culture legend.