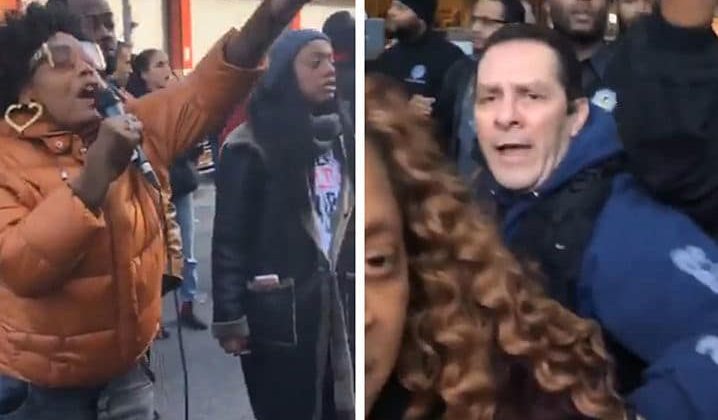 ‘Love & Hip Hop’ star Yandy Smith-Harris was on the front lines of protests taking place in NYC over inhumane prison conditions — and she got pepper sprayed in the process.

The reality TV star — whose husband, Mendeecees Harris, is currently locked up in the New York prison system — led a rally Sunday outside of Brooklyn’s Metropolitan Detention Center … where inmates have reportedly been without electricity and heat for days now.

It’s a remarkable scene. Yandy uses a speaker system to ask prisoners if they’ve been given blankets or if their toilets work yet, to which they respond no by banging on the windows. Later, you see Yandy and other protesters rush the building, demanding to see their loved ones … only to be driven out by pepper spray from the guards inside.

Protests have been going on since at least Saturday, if not earlier, as families of prisoners have flooded the streets near MDC, demanding supplies be sent and that the power system quickly be restored. Prisoners have been using flashlights to signal for help at night.

The Federal Bureau of Prisons says a fire destroyed an electrical panel inside and prevented access to backup generators. It’s unclear when power and heat is set to be back on.

The civil unrest did not go unnoticed on a city level. Mayor Bill de Blasio said Saturday that blankets and hand warmers were being sent to the prison, no matter what.

As to how bad conditions inside really are, law enforcement sources directly connected to MDC tell us inmates have been peeing in water bottles and using those for warmth. We’re told prison officials have been hesitant to let prisoners out of their cells out of fear for potential riots.