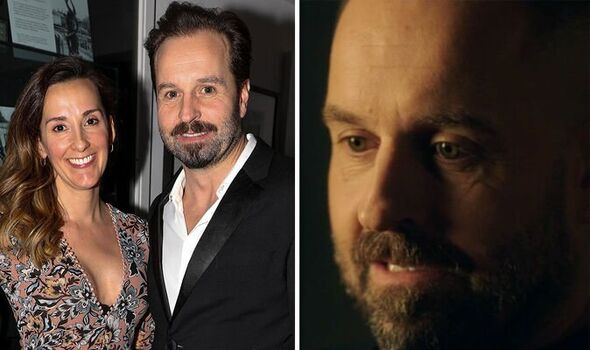 Alfie Boe opened up on his recent divorce news on Freeze the Fear with Wim Hof, admitting he was trying to become a “better man” since splitting from his wife Sarah after 16 years together. Reflecting on “mental challenges”, the opera star said he was trying to learn from the past.

“I am here to find something in myself that I may have lost after a while. The last couple of years have been real tough,” he told host Holly Willoughby.

“I think the biggest challenges in life are not so much physical ones, they’re emotional and mental challenges.

“Recently, unfortunately my marriage came to an end. I think this is an experience that I am going to value a lot to mentally stimulate myself and become a better person.

“I want to become a better man and learn from the past.”

Back in November 2021, Alfie announced he and wife Sarah were splitting up after 16 years together.

In a statement on Instagram, he praised his long-time love as he called her an “incredible partner” and said they would remain “amicable” for the sake of their children, while dismissing speculation on his marriage as “nonsense”.

He wrote: “After speculation about my marriage to Sarah ending, I can confirm that we have separated.

“I have nothing but love and respect for Sarah who’s been an incredible partner and an amazing mother to our two beautiful children and everything is very amicable.”

Addressing the speculation surrounding the end of their marriage, including claims he was using dating app Raya, he added: “Other parts of the story, though, are absolute nonsense.

‘I would just kindly ask for respect of our privacy during this time, as we work things out.

“I thank you all for your welcomed support.”

Alfie’s statement came after The Sun claimed the couple had gone their separate ways after finding their relationship had become “increasingly strained”.

The insider also claimed their split was partially due to the stress of lockdown.

“They have found their relationship increasingly strained and [Alfie] says they’ve now made the decision to separate,” claimed the source.

Alfie and Sarah first met while rehearsing for La Boheme while in San Francisco, according to his autobiography.

But his troubles appeared to be behind him as he was persuaded to burst into song by host Lee Mack.

Sure enough, the West End star launched into a stunning rendition of Nessun Dorma.

“It was a lot of fun, man, but it’s hard to sing when you’re being choked by a harness,” he quipped afterwards.