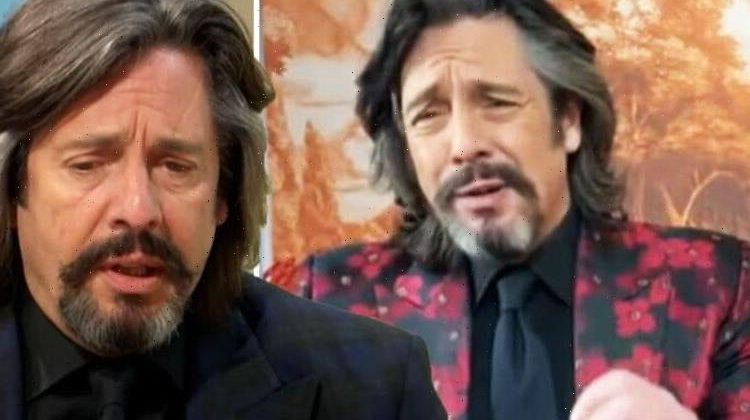 Changing Rooms presenter Laurence Llewelyn-Bowen has revealed that he experienced a near-death incident while filming his BBC travel show, Holiday. The interior design mogul, 57, responded to a Twitter user who declared him dead following a “hot air balloon accident”, confirming he is still very much alive and explaining he and his team almost crashed into an iconic monument in Granada, Spain, while filming.

Which is at least, let’s face it, a lovely place to crash

The flamboyant designer shared his near-death experience after responding to a post which claimed he had died in a “hot air balloon incident” a decade ago.

“I didn’t die but I did get a smut or two on my white suit.

“It was whilst filming the Holiday Show for the BBC we narrowly missed crashing into the Alhambra.

“Which is at least let’s face it a lovely place to crash…” he added.

The post was titled: “UK TV presenter died in a ballooning accident?”

“He is in fact alive and well… yet I have a very specific memory of him (or another similar TV presenter) dying in a hot air balloon accident about 10ish years ago?

“Nothing comes up on Google & I’m willing to accept it wasn’t Laurene (sic) but someone else on TV, but I can’t find any news stories about a similar incident and I specifically remember articles etc.

“It’s driven me mad this [afternoon]!

“Any thoughts would be appreciated,” the social media user ended the post.

Following the star’s anecdote, his fans took to the comments to weigh in on the incident.

@fruitoftheloom1 replied: “Brilliant – what a way to go.

“Really enjoying Interior Design Masters by the way,” they added.

Laurence presented the original series of Changing Rooms from 1996 to 2004.

After the interior design show was rebooted last year, the star returned to screens alongside his co-host Anna Richardson.