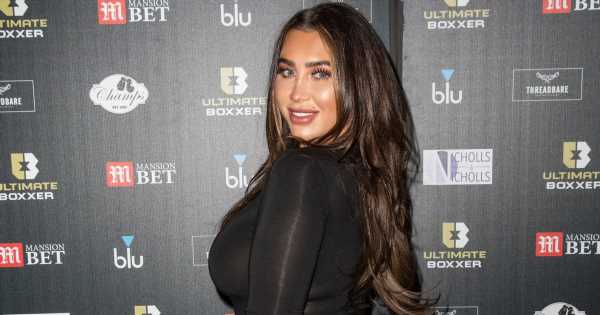 Former TOWIE star Lauren Goodger has opened up on her hopes to have “full-blown surgery” as she wants to be “skinny”.

Lauren, 33, has long been vocal about her struggles with body confidence and has shared her body journey over the years.

She revealed her surgery plans to Closer magazine as she said: “I hate my body, I hate it. I want to get surgery."

She went on: "I want full-blown surgery. I want it all sucked out and I want to be little. I want to be skinny.

"I feel like I'm under a lot of pressure in my job. You want to make yourself look better."

It comes days after Lauren shared a sexy naked shot of herself to Instagram.

In the snap the Celebs Go Dating star covers her breast with her hand, as she showcases her impressive derrière. She wears a full face of makeup, while her brunette hair is wet and falls down her back.

Lauren – who is rumoured to be dating Love Island star Kieran Nicholls – captioned the sizzling shot: “Be you and own it.”

Other fans also complimented Lauren, as they wrote: “Gorgeous” and “Perfection”.

Lauren has been open recently about the trolling and online abuse she has been subjected to over the years.

The star spoke to new! magazine as part of their #TurnOffTrolls campaign and insisted something has to change as cyberbullying is "not OK."

She said: “I’ve been a victim of trolling over the years and it can be hard to deal with. One of the worst things someone has ever said to me is that I should never have been born.

“Some things can really hit home. People don’t know what others have been through and to read hurtful comments every single day, I can see how it can get to people.

"Luckily, I haven’t fallen into depression or anxiety myself."

She went on to say that she tries hard to ignore the cruel comments she receives. Of the early days of her fame, Lauren said: “When I joined TOWIE it was one of the first UK reality shows and it took off massively.

"Back then, I cried over some of the stuff people wrote, but I’ve grown a thick skin.

"I couldn’t give a sh*t about comments about my lips, surgery, or my ex, Mark Wright, but if it is something more personal then of course it can hurt.

"I received one comment the other day that said, “Looks like your lips have been sucked in a vacuum cleaner hole for 10 minutes,” and I just laughed. I don’t take it too seriously."