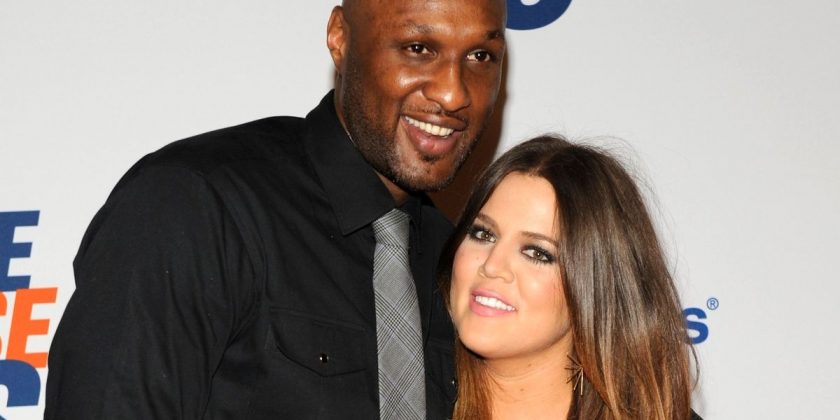 Lamar Odom has admitted he once threatened to kill his ex wife Khloe Kardashian.

The NBA player has opened up on his difficult relationship with the Keeping Up With The Kardashians star in his memoir, Darkness To Light.

Giving a disturbing account of one time he was in a drug fuelled psychosis, Lamar claims he yelled: "I'll f**king kill you," to the KUWTK star while hallucinating in their LA home.

Khloe had called his pals for help when he started shouting at her after taking coke and ecstasy.

He adds that he warned Khloe she didn't know "what [he was] capable of".

"I'm pretty sure she had to be scared at that point in time," he told ABC News, looking back at the incident.

"I'm thinking about it now, like, I couldn't believe how I was treating that queen like that."

Lamar and Khloe's four year marriage hit the headlines many times over the years due to his drug fuelled antics and constant infidelity.

In his memoir, the sportsman also recalls a time that he booked a room at the Hotel Roosevelt in 2012 for a sex fest with a string of strippers when Khloe and her 'momager' Kris Jenner barged in with their bodyguards.

There were "naked girls everywhere" when Khloe allegedly "opened the door and pounced on the first girl she saw", he claimed.

"[She] beat the s**t out of one of the girls who tried to protest. She's dropping vicious blows all over the top of this girl's head."

Khloe split from Lamar in December 2013, only finalising their divorce three years later after her ex nearly overdosed on a four-day sex, drug and booze bender at a Nevada brothel.

She went on to have baby True with basketball champ Tristan Thompson – but dumped him this year after he was caught getting cosy with Kylie Jenner's best friend Jordyn Woods.