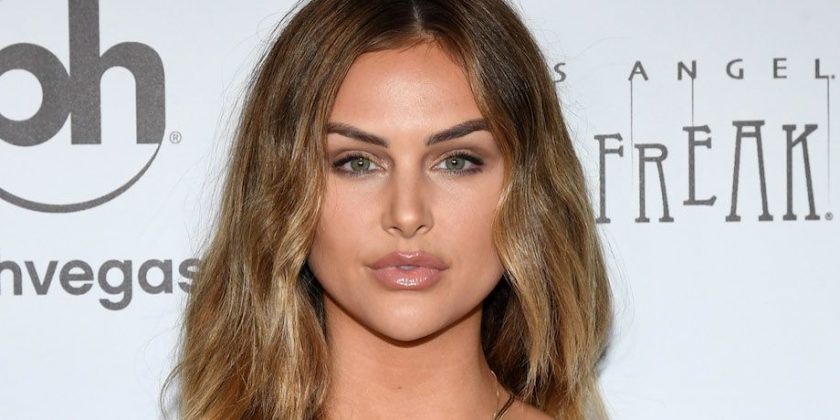 Lala Kent wasn’t happy with Billie Lee throughout the seventh season of Vanderpump Rules and during an interview with Entertainment Tonight, she explained why.

According to a new report, Lala believes Billie said a lot of stupid things during production and because of that, she had to pay.

“She just says a lot of stupid stuff that, when you says stupid stuff, you have to pay,” Lala said.

During the Vanderpump Rules Season 7 trailer, Billie was seen yelling at Lala.

“You’re not better than me, Lala!” she claimed.

A short time after the trailer was released, Billie said it was Lala who she was most disappointed in this season.

“I think the key thing is, transpeople need to be visible and that’s my mission,” Billie said. “I think America needs to see a transwoman… having their own drama, just like everyone else.”

“You know, we all have this heart that’s beating, and we all love and we all hate,” she continued. “We have these feelings and emotions and it’s cool at America gets to see that.”

Lala Kent and Billie Lee appeared to get along great when Billie first started working alongside her as a hostess at SUR Restaurant during Season 6 but now, there’s tons of tension between them.

Below is a photo of Billie Lee celebrating the joint birthday parties of Ariana Madix and Stassi Schroeder.

During last night’s episode of Vanderpump Rules, Billie Lee was seen accusing the other women of the show of being transphobic after they accidentally left her out of a Girls Night Out event at SUR Restaurant. However, despite her shocking claims, Lisa Vanderpump wasn’t buying that any of her co-stars were transphobic and informed Billie that the ladies have never, ever done or said anything to suggest they had a problem with her being a transgender woman.

“I hear you, but that’s a separate issue, darling,” Lisa explained of Billie being left out. “These are girls that you’ve known for years. They organized it between themselves, and maybe there was some kind of little hiccup with you, but it’s got nothing to do with you being transgender. I have never heard a word come out of any of their mouths of any negativity toward you regarding transgender. If anything, they’ve got the utmost admiration for what you’ve been through.”