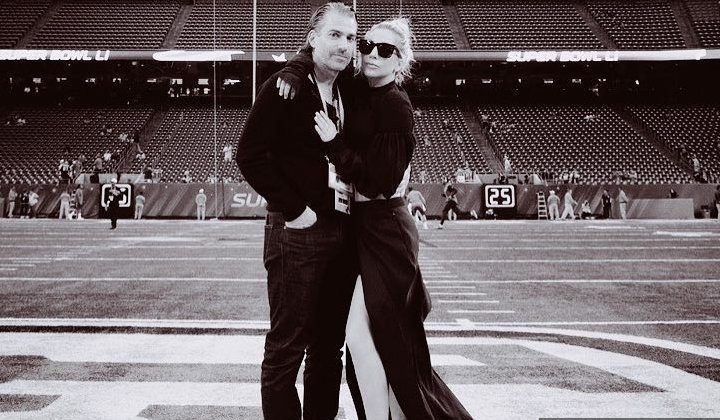 The ‘A Star Is Born’ actress talks about her breakup from the talent agent for the first time ahead of her performance of ‘Someone to Watch Over Me’ on her last ‘Jazz and Piano’ show.

AceShowbiz –Lady GaGa finally broke her silence on her breakup from ex-fiance Christian Carino. The singer/actress, whose real name is Stefani Joanne Angelina Germanotta, subtly addressed their broken engagement for the first time during her Las Vegas show.

The “Poker Face” hitmaker was about to perform “Someone to Watch Over Me” on her last “Jazz & Piano” show on Sunday night, May 2 when she told the audience how the song reminded her of her failed romance. “Last time I sang this song, I had a ring on my finger, so it’ll be different this time,” she said, before launching into an emotional rendition of the song.

GaGa revealed her engagement to Carino in October 2018 at Elle magazine’s 25th annual Women in Hollywood Celebration, over a year after they were first reported dating. In February of this year, however, her representative confirmed that they had broken up.

Two months after their split, it was reported that the Oscar-nominated actress dumped the talent agent because he “infringed on her creative process.” A source said, “[She] couldn’t risk jeopardizing her career in that way, over a man, and that’s not something she would stand for.”

Another source said, “Chris didn’t treat GaGa very well toward the end of their [two-year] relationship.” Carino’s jealousy and “controlling” behavior allegedly also led to the end of their engagement.

“He was jealous,” a so-called insider said at the time. “He was trying to find her all the time and texted her a lot. He was controlling, and her friends didn’t like him either.” The source revealed that “GaGa was the one who broke things off” with the 51-year-old talent agent.

In late May, Carino hinted at new romance as he posted a quote which read, “Miracles happen when she’s around me.” In another post, he shared a photo of a telephone with the words “Tell her, you love her” written on the receiver. He added in the caption, “Be fearless.”