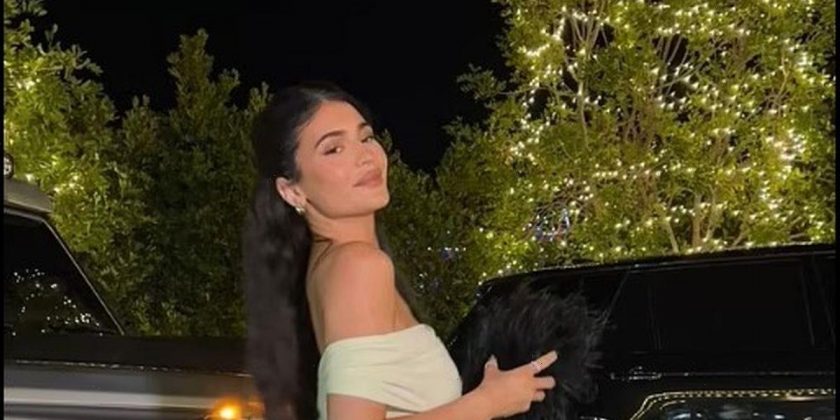 Most people know that the Kardashian/Jenner family goes big in all aspects at Christmas. Kylie Jenner is no exception as she has fully decorated her house with sparkling Christmas lights.

A popular TikTok user called Celebrity Front Yards showed Kylie's house fully decorated with thousands of Christmas lights as they drove past her house in California.

Both the house as well as the fencing and all of the bushes are decorated with the festive lights to create some Christmas spirit.

Viewers were quick to comment on the video with a lot of people wondering what her electric bills would cost.

"Imagine the electricity bill.." one said.

Another viewer added: "Must be quite an electric bill."

One person also mentioned the current energy crisis in the UK and said: "People in the UK going through the energy crisis" with another one saying they're "worrying about their $400 electric bill". However, Kylie's lights are not as elaborate as the decorations inside her house, as she recently showed off her decorations which included a two story tall Christmas tree.

The video of the Christmas lights comes just days after Kylie's mum Kris Jenner hosted an elaborate Kardashian/Jenner Christmas party to celebrate the business success of her family members.

In her speech she said: "I've got Good American on the outside, SKIMS on the inside, I drink 818 like crazy."

Kris made sure to add that her makeup was made up entirely of Kylie Cosmetics products, while also exclaiming: “And, of course, I washed my face with Kim's SKKN! “I've got [all the products] and I hope you all are doing the same thing!” Meanwhile, Kylie's sister Kim Kardashian has also showed off her Christmas decorations which includes a white Christmas tree in the living room and several more trees on her balcony.

Kim also resumed her yearly tradition of hiring a pianist to wake up her kids to the sound of festive music.

This was faced with criticism from Kim's fans who argued that the influencer is “out of touch” for hiring the pianist. “Kim Kardashian pays someone to play the piano to wake her children up in the morning. What’s wrong with just saying get the hell out of bed?!”

A second wrote: “And this is why she needs that 200k/month child support”, as a third joked: “I guess rich people don’t use Spotify”.