Kylie Jenner took to Instagram to share a video of herself looking gorgeous while walking back to her impressive set of wheels.

Kylie Jenner, 23, got her fans’ attention on Apr. 23 when she gave them a glimpse of her black Rolls Royce in a new video she shared to her Instagram story. The makeup mogul just finished filming the reunion of her family’s reality show, Keeping Up with the Kardashians, in the clip, and appeared to be walking out of a studio before getting into the eye-catching vehicle, which is estimated to cost a whopping $300,000. She was wearing a gray sweatshirt and had her long locks tied back with some strands hanging down as she opened one of the car doors and sat inside.

The customized bright pink interior could be seen as the beauty made her way inside. She was also carrying a small tan purse over her shoulder and gave the camera a slight smile. “THATS A WRAP,” she wrote over the video.

Shortly before Kylie wowed with the video, Andy Cohen, 52, who hosted the reunion special took to his Instagram to share a video in which he showed his followers the impressive set of the reunion show along with some memorable on-screen outfits that were on display. He also gave a peek of some of the family members, including Kim Kardashian, 40, who waved to the camera, sitting and getting prepped for the show. He promised that nothing was “off limits” during the special, which is called Keeping Up with the Kardashians: The Final Curtain, and wrote “INCREDIBLE DAY!” over the clip. 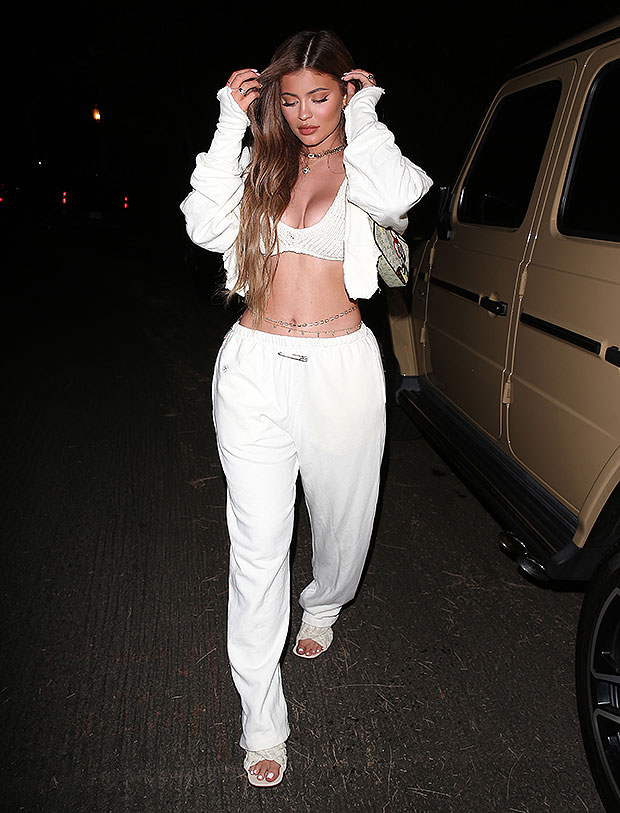 The final season of Keeping Up with the Kardashians premiered on Mar. 18 and has been featuring some of the family’s most personal ups and downs. It was first reported that the current 20th season would be the last one back in Sept. Kim shared a touching social media message about the decision to end the reality series while posting a promo pic from a previous season.

“It is with heavy hearts that we’ve made the difficult decision as a family to say goodbye to Keeping Up with the Kardashians. After what will be 14 years, 20 seasons, hundreds of episodes and numerous spin-off shows, we are beyond grateful to all of you who’ve watched us for all of these years – through the good times, the bad times, the happiness, the tears, and the many relationships and children,” she wrote in the message.

“We’ll forever cherish the wonderful memories and countless people we’ve met along the way,” she added before going on to thank all the people and businesses that have helped them along the way. Keeping Up with the Kardashians first premiered in Oct. 2007.