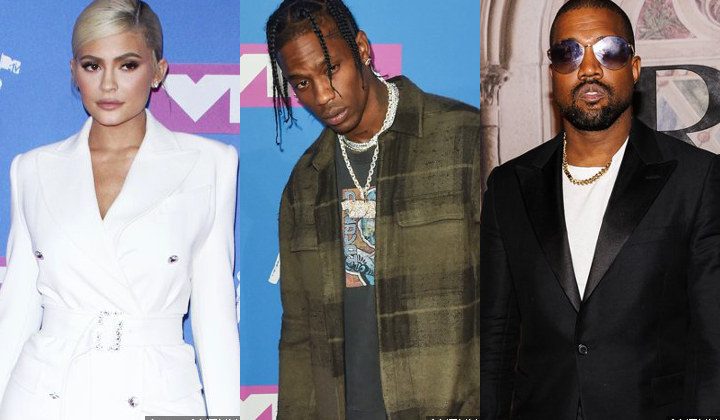 AceShowbiz -Another Kardashian member has weighed in on the drama that is happening between Kanye West, Drake and Travis Scott (II). After the G.O.O.D. Music founder appeared to call out Travis for allowing the Canadian rapper to sneak diss him on “Sicko Mode”, Kylie Jenner has taken to Twitter to ensure that there’s no bad blood between her boyfriend and brother-in-law.

The Kylie Cosmetics owner addressed the drama after a user called Travis “petty” for posting a pic of him wearing a Nike sweatshirt when Kanye had a deal with Adidas. Responding to the said user, she tweeted, “he’s not being petty. this is a sweatshirt design (the sock is apart of the design). everyone is good, moved on, living life.”

She then went on explaining why Travis was seen wearing the brand’s clothes in the pic. “for anyone who wasn’t aware — travis has had a deal w Nike and still does,” she went on saying, before ensuring that Kanye and Travis aren’t feuding. “point is… it’s all been talked out. It’s only positive energy.” Kylie ended her tweet with a red heart emoji.

Kanye caused social media frenzy over the weekend when he posted more than 100 tweets taking shots at Drake for allegedly bullying and threatening him. He even called out Ariana Grande for using his feud to promote her new single, to which the songstress apologized later on.

Despite previously defending her husband, Kim Kardashian apparently has had enough and wanted him to break away from the micro-blogging site. “Kim doesn’t plan on making another comment about the drama and she asked Kanye to do the same,” a source told PEOPLE of the mother of three. “Clearly he is not doing well again. Kim just wants him off Twitter.”