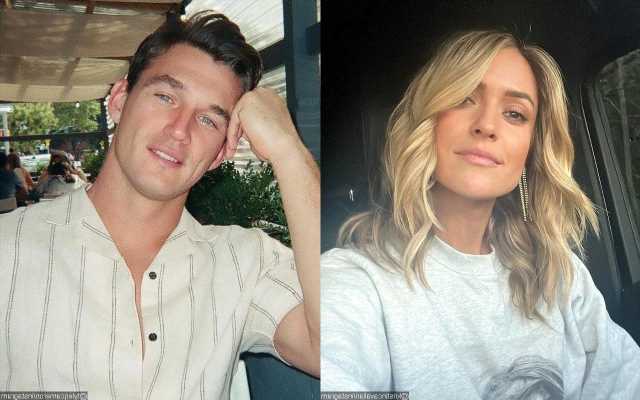 The ‘Hills’ star and the ‘Bachelorette’ alum first sparked romance rumors in April 2020 after they were packing on the PDA during a photo shoot for Kristin’s jewelry brand, Uncommon James.

AceShowbiz –Kristin Cavallari and Tyler Cameron further fuel their romance rumors after attending a New Year’s Eve party. In some videos that circulated online, “The Hills” star and “The Bachelorette” alum were seen partying with Kaitlyn Bristowe and Jason Tartick.

In one video that the former “The Bachelorette” star and her fiance posted on social media, Tyler could be seen pulling the MTV personality closer to him while they were dancing. The two also shared an embrace at one point.

Jason additionally posted a video in which he interrogated Tyler about his relationship status and asked him about what brought him to Nashville for the holiday. Unfortunately, the hunky general contractor remained mum about his love life.

Prior to this, Bachelor Nation fan account @bachelorteaspill shared that Kristin and Tyler were spotted having lunch together in Franklin, Tenn. “Tyler C and Kristin Cavallari spotted in Franklin, TN together Thanks to the follower who sent these,” the account wrote in the caption.

Fans, meanwhile, didn’t seem to be surprised about the apparent romance between the two. “I mean we saw this coming after the first campaign shoot,” one fan commented. “They were very cosy last night too dancing new year in together with Jason and Kaitlyn,” someone else said.

Someone, however, believes that grabbing meal together doesn’t always mean they’re dating. “PEOPLE CAN BE FRIENDS,” the person pointed out. Some others criticized the person who took the video as one said, “Creep whoever took these.”

Rumors that the reality TV stars are dating first emerged in April 2022. At the time, the pair were packing on the PDA during a photo shoot for Kristin’s jewelry brand, Uncommon James. Kristin also gushed over Tyler in an interview, calling him “the sweetest human being on the planet” and a “great guy.” She continued, “I hired him to play my love interest in a campaign video. There is nothing going on. Great guy, [but] we are not dating, I promise.”

Tyler echoed the sentiment in an interview with E! News. He stressed that they were nothing more than “great friends, that’s all.”