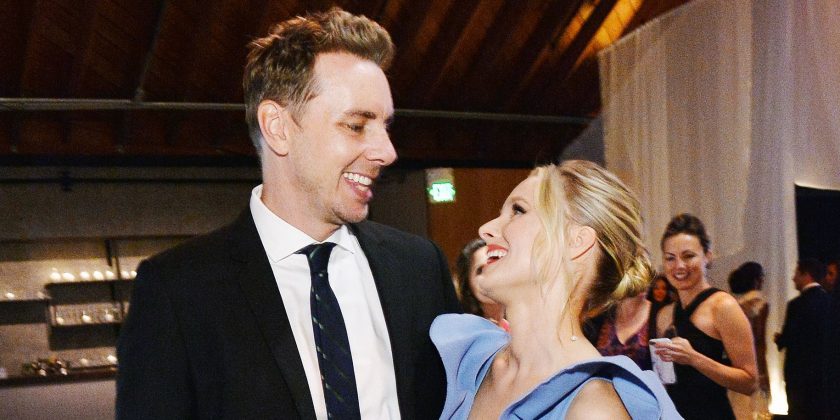 Kristen Bell and Dax Shepard have the Christmas spirit! The Bad Moms actress and the Parenthood alum enjoyed a night out at the roller-skating rink on Sunday, December 23 — and though it was for their 4-year-old daughter Delta’s birthday, the couple appeared to have the most fun.

Bell, 38, documented their joyful outing in a series of Instagram Stories that showed her holding onto the back of the 43-year-old actor’s overalls as they skated to Toto’s hit song “Africa.”

The Frozen star wore a sweater that read, “LOVE” and rocked a unicorn headband. “The love I have for @officialmoonlightrollerway cannot be contained in insta stories alone,” Bell captioned an Instagram post with multiple videos.

Shepard, for his part, showcased their little girl’s cake in a sweet post. “AUNTIE OF THE YEAR!!!!!” he gushed. “Carly made the most impressive unicorn birthday cake in the history of the world for Delta!!!”

The CHIPs star then joked about the bash in an Instagram Story of himself having fun with his wife. “4 year old bday party that really for adults,” he wrote along with a smiley face.

Bell and Shepard — who wed in 2013 and also share 5-year-old daughter Lincoln — made headlines earlier this month when Julie Andrews’ granddaughter Kayti Edwards claimed that she slept with Shepard in 2009, two years after he and Bell began dating.

Shepard was quick to come to his own defense and deny the gossip on social media. “Dax denied the allegations publicly because he wanted the world to know that Kristen is his one and only,” a source told Us Weekly. “They’re solid. There is absolutely no strain — their marriage is strong.”

An insider close to Bell added: “She believes Dax.”