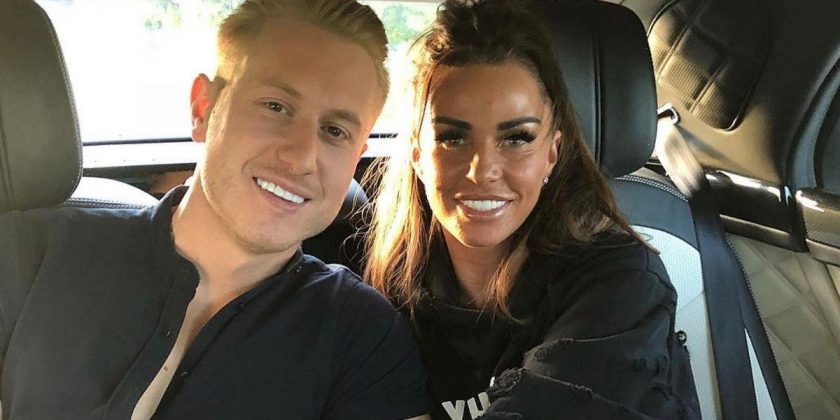 Kris Boyson has mocked his ex fiancée Katie Price and told the former glamour model “you had your chance”.

The fitness instructor’s comments came as he teamed up with Britain’s Got Talent impressionist Francine Lewis for a TikTok video.

Comedian Francine rose to fame on the 2013 series of the ITV talent show and became known for her impressions of Katie and other stars including Stacey Solomon and Amy Childs.

Speaking in the clip, which is captioned: “When @katieprice bumps into her ex but which one will it be?", Francine can be seen doing an impression of Katie in a green sparkling dress.

She says: “Oh well the Pricey’s back!” before Kris appears and she adds: “Yes it’s Kris Boyson and I love it.”

Francine replies: “I know. What about getting back with me Kris?” to which Kris says: “I’m all loved up now mate, sorry you had your chance.”

Francine adds: “What do you think? How dare he. I love it.”

Kris and Katie first dated in 2018 and even got engaged the following year but split in November 2019.

Katie then began dating her on/off fiancé Carl Woods in June 2020, with the pair becoming engaged in April 2021.

Kris popped the question in September, just two months after they started dating, whilst the pair were on holiday.

In October it was reported that the pair had split and they removed all traces of one another from their social media accounts, but the couple have been putting those rumours to rest and proving they’re back on with a series of romantic snaps on Instagram.

Most recently Elizabeth posted a picture of the pair cuddling during a night out on her Instagram Stories with the caption: “So in love with you @krisboyson Happiest and healthiest version of myself, thank you,” alongside a red love heart emoji.

Kris and Elizabeth’s relationship is said to have developed after Kris became her personal trainer.

Bianca is now expecting her first child with her partner Arron Wright. In October the star, who is the daughter of England football legend Paul Gascoigne, announced that she is expecting a baby girl in February.