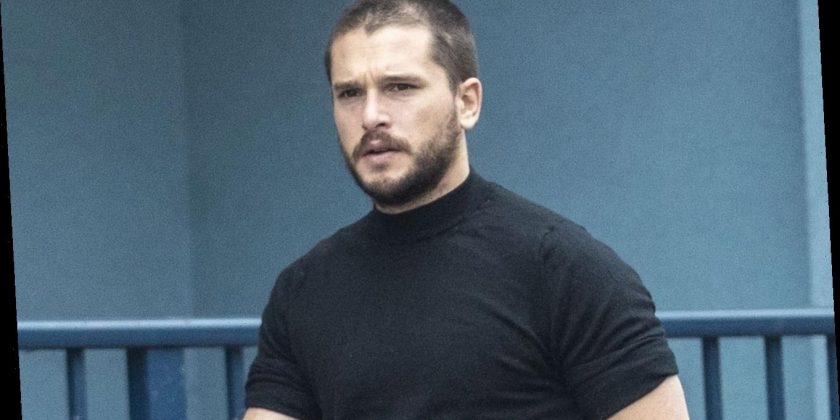 The 33-year-old Game of Thrones actor put his new buzz cut on display while going for a walk with his dog on Wednesday (June 10) in London, England.

Kit also showed off his muscular physique in a form-fitting sweater, with the sleeves rolled up to his biceps, as well as tight blue jeans.

Kit is known for the long, curly locks he sported while playing Jon Snow on the hit HBO series. He was last seen with longer hair while stepping out with wife Rose Leslie during fashion week in Paris.

Back in 2014, Kit opened up about how he’s more recognizable in public than other Game of Thrones stars because he wasn’t allowed to cut his hair at the time.

10+ pictures inside of Kit Harington walking his dog in London…