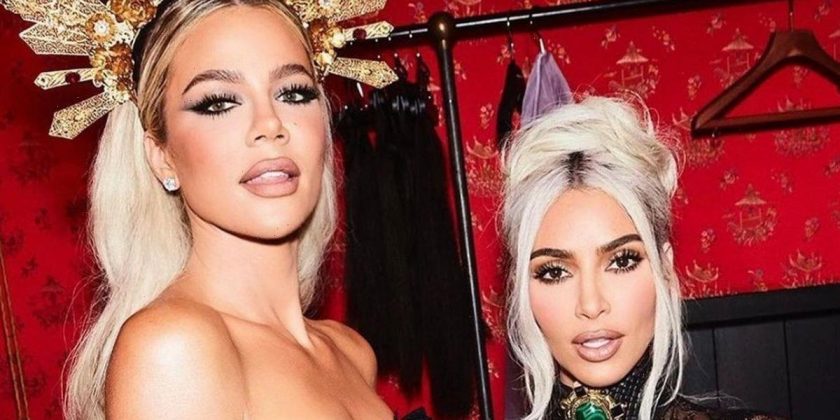 Kim Kardashian has revealed that she changed the structure of SKIMS underwear after her sister Khloe Kardashian complained the "vagina area" was too narrow.

The 41 year old reality TV star, who is said to have ditched her "bum implants" recently, launched the brand years ago to a mass of critical acclaim for the comfy and super-stretchy products, which include knickers, bras and even pyjamas.

Yet it was the shapewear line's all-in-one bodysuit that Khloe, 37, previously said she struggled with, claiming there was barely a "sliver" of fabric across the crotch area.

The Good American jeans brand owner has also opened up in the past about her difficulties with fitting into skimpy underwear and swimsuits due to having a "puffy p****".

On Thursday 23 June, Kim made a new announcement about a change in the bodysuit's shaping, and joked it was "just for" her younger sister.

Sharing the news on her Instagram stories, the star was attended a SKIMS staff meeting as they discussed all the exciting changes for the company.

"@khloekardashian it's your lucky day!!!" Kim began, posting a close-up of the item that showed it featuring a wider design.

"I'm in a @skims design meeting and we're going to widen the shapewear bodysuit Vagina area just for YOU." The mum-of-four then added winking and laughing emojis as she addressed her sister directly.

"Khloe, you would be so proud. I’m in a full SKIMS shapewear meeting.

"Guys, we are making the vagina part in the bodysuit thicker – wider, sorry," the social media influencer continued.

She then explained that the social media team have been reading the comments and questions about their products for a "really long time" and had taken everything on board.

As a result, she excitedly revealed the brand are "changing a few things" in response to some of the most common requests.

Kim's proud announcement came after the TV favourite was disrupted by her sons Saint, six, and Psalm, three, when she appeared on The Tonight Show with Jimmy Fallon recently.

The busy working mum was forced to tell her children off during their first day coming to work with her, as they played and messed around loudly backstage.

She ordered her children not to "mess this up" for her as she joked to the chat show host about juggling everything at once.