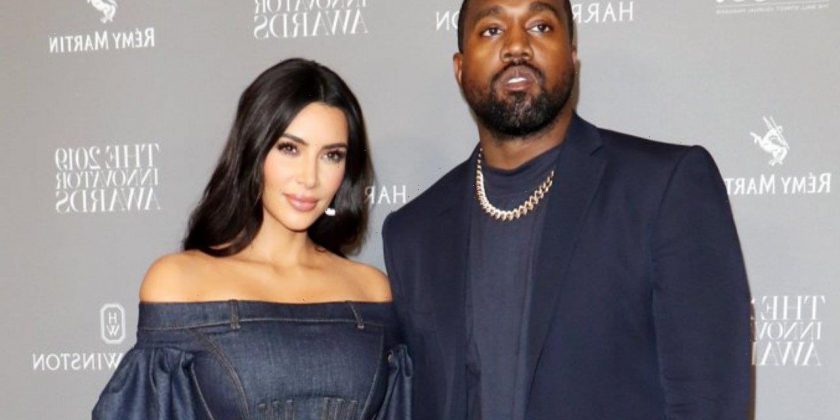 Amid reconciliation rumors between the former couple, the ‘Keeping Up with the Kardashians’ alum is said to be ‘open to seeing where things go’ with her estranged husband.

AceShowbiz –Kim Kardashian is seemingly not ruling out the possibility of her reconciling with Kanye West. Amid reconciliation rumors with the “Donda” artist, the “Keeping Up with the Kardashians” alum is reportedly “considering” options to get back with her ex.

“Kim and Kanye have a deep love for each other and many amazing memories and it’s difficult to just let that all go,” a so-called inside source spilled to Entertainment Tonight. Offering more details, the insider went on saying that “Kim’s main focus and concern are her children and doing what is best for them and their family.”

According to the source, that means the reality star is “considering her options” with Kanye, but keeping her kids top of mind. “She is open to seeing where things go with Kanye and to see if they can work through their issues as a couple,” the informant added.

On Kanye’s part, the source told the publication that “Kanye wants to get back with Kim and he has been trying to win her over again and reprove himself.” The insider went on to note that “Kim and Kanye plan to co-parent in a healthy way and will always maintain a supportive relationship” regardless of what will happen.

Instead, the source shared that “the real story is that Kanye wants to beat Drake in record sales, and he is putting on a big show of performance art to grab all the media attention.” The music insider added of the “N***as in Paris” MC’s relationship with Kim, “They weren’t talking for months after she filed for divorce, but they began talking again earlier this summer for the sake of their kids.”

The informant then dubbed Kim “a nice person” as “she’s happy to support him” in his work and his art. The source also claimed that the SKIMS founder “wants a good relationship with him for the sake of their children.”

During Kanye’s “Donda” listening party on Thursday, August 26 in Chicago, Kim showed up in a wedding dress. The “KUWTK” alum walked toward her estranged husband in a stunning Balenciaga Couture wedding dress during the song “No Child Left Behind”, the final song of the night.

Kim also sported a long braided ponytail under a wedding veil. As she arrived right in front of her estranged husband, Kanye was seen flashing a sheepish smile before the lights inside the arena dimmed, marking the end of the show.