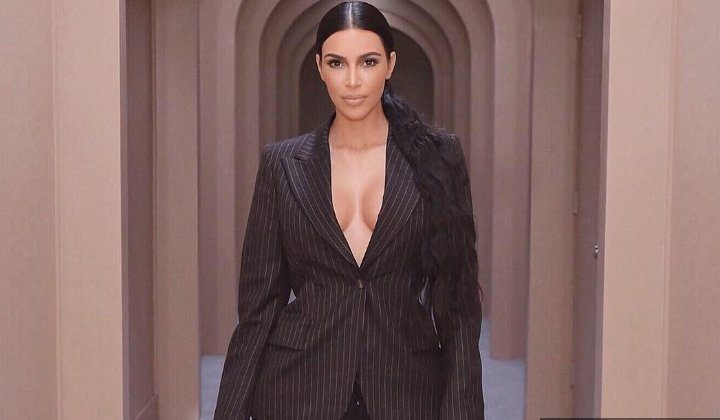 Days after welcoming a baby boy via surrogate, the ‘Keeping Up with the Kardashians’ star makes use of her social media account to share photos taken from her baby shower in late April.

AceShowbiz –Kim Kardashian‘s newborn son is the most relaxed and “most chill” out of all her four children.

Last month, Kim threw a relaxing baby shower where guests indulged in meditation sessions and created their own Cannabidiol-infused lotions and potions.

She confessed to her family and friends she was “freaking the f**k out” over the impending arrival of her fourth child, but has now sweetly revealed she was worrying over nothing.

“I was freaking out for nothing because he is the most calm and chill of all of my babies so far and everyone loves him so much,” Kim shared on Instagram and Twitter on Saturday, May 11, alongside never-before-seen snaps of the baby shower.

“We celebrated our baby boy about a week ago and now he’s here! He’s so perfect!” the KKW Beauty mogul added.

And the reality star has also seemingly hinted at the name of her newborn son, by adding a teddy bear emoji at the end of her posts on Twitter.

Kim announced the arrival of her baby boy on Friday, simply tweeting: “He’s here and he’s perfect! He’s also Chicago’s twin lol (laughing out loud) I’m sure he will change a lot but now he looks just like her.”

News that Kim and Kanye’s surrogate was in labour dropped on Thursday on “The Ellen DeGeneres Show“, when Kourtney Kardashian stopped by during mom Kris Jenner‘s appearance for a surprise visit, during which she announced that her sister Kim wouldn’t be at the taping of the show because the surrogate was giving birth.