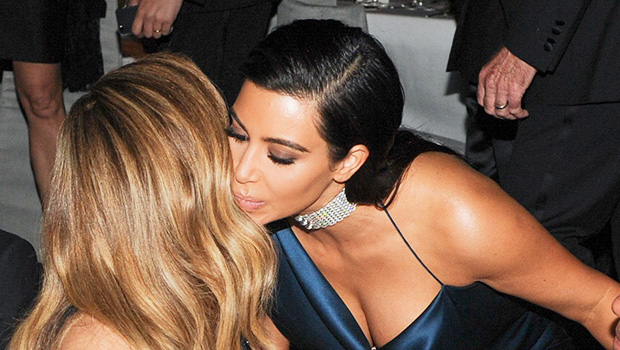 Movie night at Kim’s house! Kim Kardashian had some gal pals over for a ‘Second Act’ screening on Dec. 18, & shared a video gushing over her friendship with J. Lo. Watch it here!

Kim Kardashian, 38, is all of us when it comes to her love of Jennifer Lopez, 49. Kim may be one of the biggest television stars in the world, but she is far from jaded, and still considers J. Lo her idol! “I’m having a movie night at my house,” Kim revealed on her Instagram story, on Dec. 18, before saying how excited she was to have Jennifer in attendance. “Never in my life would I have imagined that my idol would wanna come have a movie night with me,” she added. “My inspiration for everything has been Jennifer Lopez.”

J. Lo wasn’t the only star to swing by for movie night. Sia, 43,was in the house too, and it was her birthday! The ladies celebrated together with some sweet treats and it looked like they had a blast. Friendship goals! Kris Jenner, 63, joined in the fun too, and had a fangirl moment of her own. Just like Kim, she posted a video flat out freaking out over the fact she was having a girls night with J. Lo. Like mother like daughter!

According to the videos from the night, the flick of choice was Second Act, Jennifer’s very own film, set to hit theaters on Dec. 21. In a separate snap, Kim raved over the film, and further professed her love for the actress. “So, we are going to watch Second Act. wW’ve got my mom, my sister…J. Lo movies to me are life. I’m so excited to see her on the big screen,” Kim said in the video.

#PressPlay: #KimKardashian and #JenniferLopez just casually having a movie night

Watch the video of Kim gushing over her friendship with J. Lo above! This is hardly the first time we’ve seen Kim rave over her idol. During the first episode of Ashley Graham’s weekly podcast, titled ‘Pretty Big Deal,’ Kim revealed that J. Lo once event cooked her dinner, and Kim was just as in awe then too!