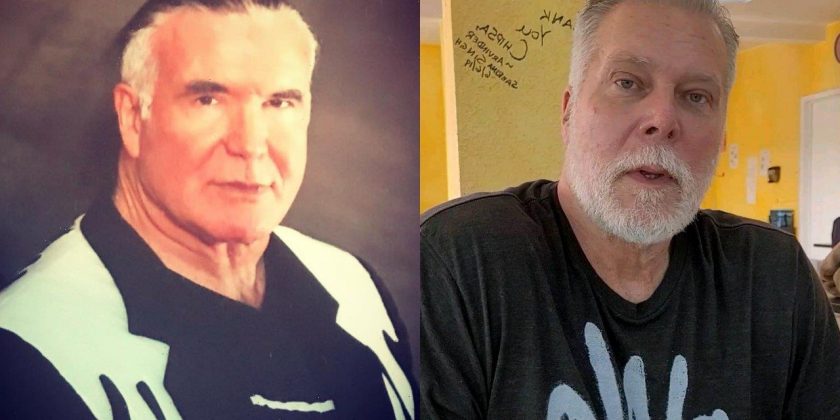 In the latest episode of his podcast ‘Kliq This’, the 63-year-old professional wrestler reveals the late WWE Hall of Famer’s heartbreaking final days nearly four months after his passing.

AceShowbiz –Kevin Nash has detailed what might lead to Scott Hall‘s death. In the latest episode of his podcast “Kliq This”, the 63-year-old professional wrestler revealed that his pal slipped on ice cubes and broke his hip before suffering three fatal heart attacks.

The late WWE Hall of Famer died aged 63 in March after being taken off life support following complications from hip replacement surgery, and now his close friend has opened up on the legendary star’s heartbreaking final days. Speaking on his own podcast, he said, “He was making some Kool-Aid, he put the plastic pitcher up the refrigerator and ice went into it, but a couple of pieces of ice popped out and landed on the floor.”

“He went over, and stirred it, I’m sure it was Crystal Light because he ate pretty clean, he went back to get something and one of the pieces of ice caught his heel,” Nash added. “He did the ‘whoopsie daisy,’ landed, and broke his other hip. He’s in the middle of his kitchen and in so much pain that he can’t move. He tries to move several times, he can’t, and finally, he passes out. He wakes up and now it’s nighttime. He has no idea.”

At this point, Hall was between his recliner, where his phone was, and the Kool-Aid, and he passed out again before waking up “so dehydrated.” Nash continued, “He has the pacemaker in his heart and he’s like, ‘I’m gonna croak if I don’t get some fluids.'”

“He turned, gutted it, got his back to the cabinet and got the pitcher of Kool-Aid and drank it through the spout, sip by sip,” Nash went on recalling. “He was able to drag himself and called 911.”

Hall’s former nWo teammate said his late friend didn’t have medical insurance but “needed to get the hip fixed.” He added, “He had other problems and other issues. They did CT scans and he had some kind of perforation in his bowel. “I talked to him a couple of times on the phone. I talked to him every day he was in hospital.”

Nash revealed the devastating call he received days later. He said, “I got a call on Sunday morning and it was Paul [Levesque, Triple H], and he said, ‘Scott had three heart attacks and it didn’t look good.’ I tried to get a flight to Atlanta, couldn’t. Went back to Daytona Beach, couldn’t get a flight out of there.”

“At that point, they said they were going to pull the plug and the doctor said it would be maybe ten minutes that he’d be alive,” Nash remembered. “Before they pulled the plug, all the Kliq guys got on speaker phone, talked to him, cried is basically all we did.”

Hall would stay alive for another seven hours before his tragic death.