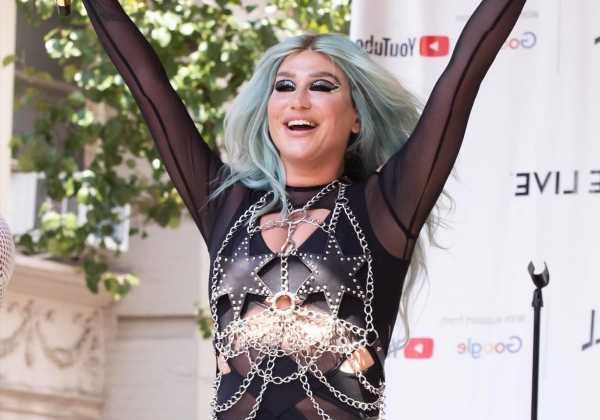 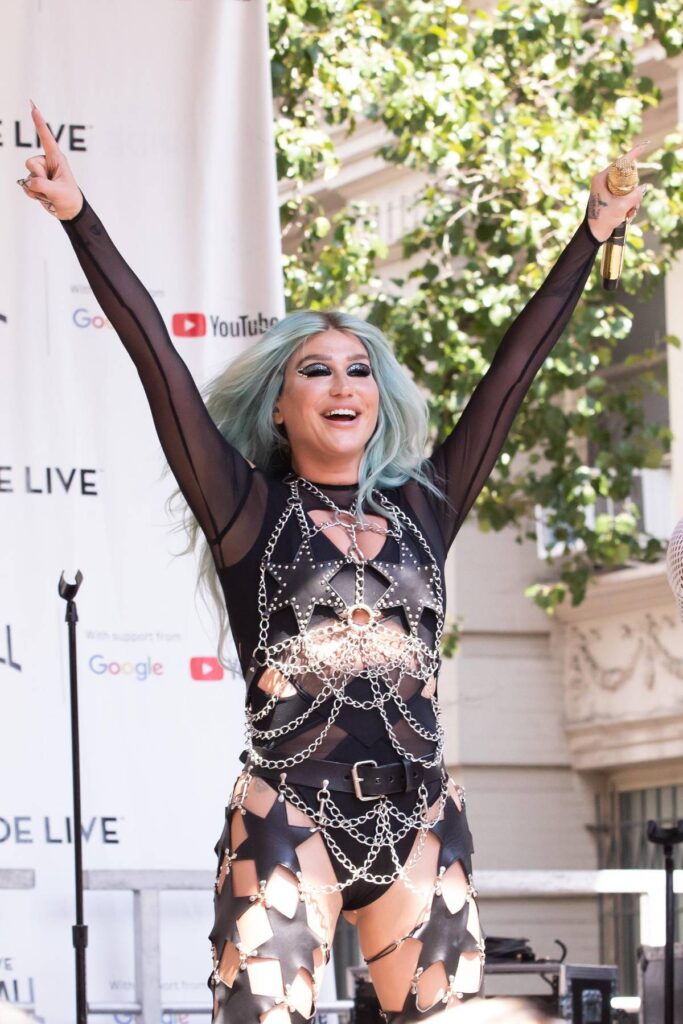 The point of this post is to tell you that Kesha has a ghost hunting show. You shrug at that information now, but by the time we’re through, you’ll be singing a different tune. The show is called Conjuring Kesha and it’s Kesha, a demonologist or some other supernatural expert and some of Kesha’s closest friends climbing around the freakiest places they can find, talking to ghosts. It sounds like pretty standard fare for ghost hunting shows. But it’s how the show came about that sets it apart for me. The motivation is a result of an existential crisis that Kesha’s therapist deemed her spiritual awakening. So Kesha accepted her new elevated state, called her brother and told him they were going to go find demons, ghosts and maybe some aliens if time permitted. As Seth Meyers said during their segment, “if I was a network executive and that was your pitch, we want to do 50 seasons.”

During an interview on Tuesday’s episode of Late Night with Seth Meyers, the 35-year-old pop star told a spooky story about an upcoming episode of her Discovery+ series Conjuring Kesha during which the comedian, 39, channeled a demon and didn’t realize.

Earlier in the interview, the musician explained the inspiration behind Conjuring Kesha, which follows her Kesha and the Creepies podcast as the latest paranormal content in her career.

“I always loved the paranormal,” she told Meyers. “My whole life has been very weird, and then during COVID I was having existential crisis after existential crisis and just lots of anxiety, and one night I’m sitting in bed, and I was like, ‘Uh oh, here we go.’”
She recalled thinking, “My brain’s breaking,” and accepted that she was going “crazy.”

“Then I heard a voice, I saw a vision, my cats brought my headphones. It’s a whole thing,” detailed Kesha. “I understood what love was. I saw the whole universe. I pulled back. It was a microcosm of itself. I got the picture.”

Then, she remembers calling her therapist and detailing her experience. “She was like, ‘Guess what? Congratulations…. This is a spiritual awakening,’” said Kesha. “I was like, ‘This is the point? This is what I’ve been working towards? What? This is terrifying.’ She was like, ‘Yeah, welcome,’ and I was like, ‘OK.’ So I decided to really lean into it.”

After the conversation with her therapist, Kesha said she began writing music about the experience and then called her brother, film producer Lagan Sebert, to propose the TV show idea.

She explained, “I was like, ‘OK, my brain broke. We’re leaning into it. We’re making a TV show about this, and we’re gonna go find some ghosts. Let’s look for some aliens, and f— it. Let’s get Bigfoot.’”

If, somehow, a cat bringing Kesha headphones didn’t convince you of this show’s origin story, you have to watch the interview with Kesha below. She is so entertaining throughout the segment. Not only is it wonderful just to see Kesha happy and carefree after her years of hell, but she funny as hell too. She and Seth spoke like they’d known each other forever, although I found no evidence she’d ever done his show before. She should get Seth on Conjuring Kesha. He wouldn’t do it; Seth doesn’t mess with ghosts.

As for the show, Kesha tells a story about Whitney Cummings talking to a demon. The story, as Kesha tells it, is a riot. If Conjuring is funny, I’m in. And it’s my new favorite show, I can tell you that right now. But even if it relies on Kesha’s personality, I think it’s got a lot going for it. While I’m intrigued to find out what the show will really be about, I think metaphorically it’s brilliant for Kesha. I know there are a lot of ghost hunting shows out there but who knows? Maybe, like Disney’s Haunted Mansion, there’s always room for one more. 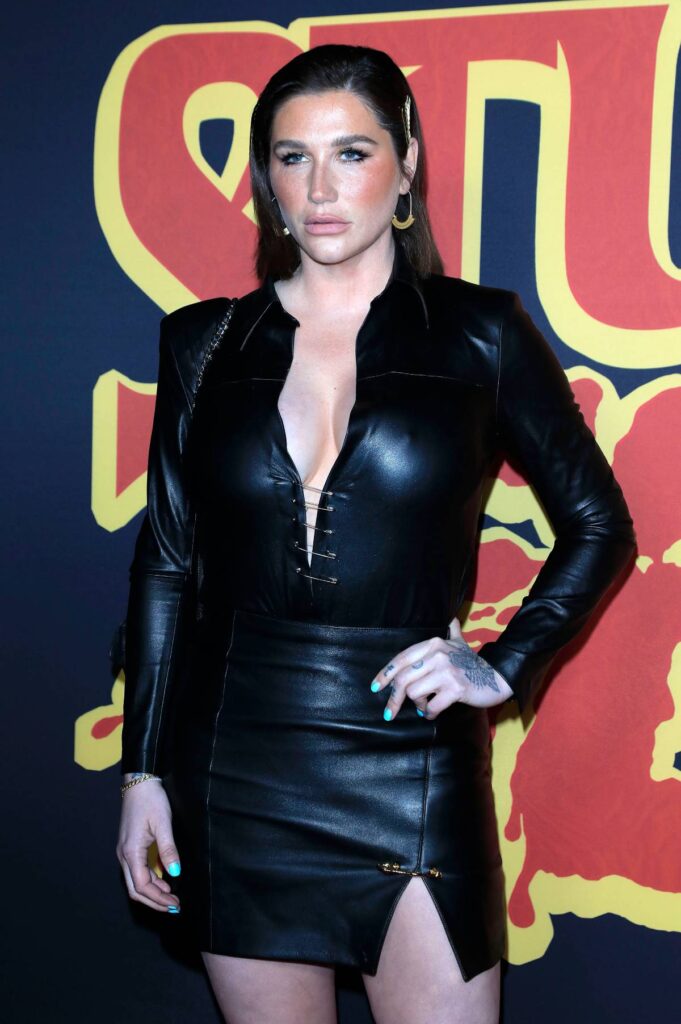 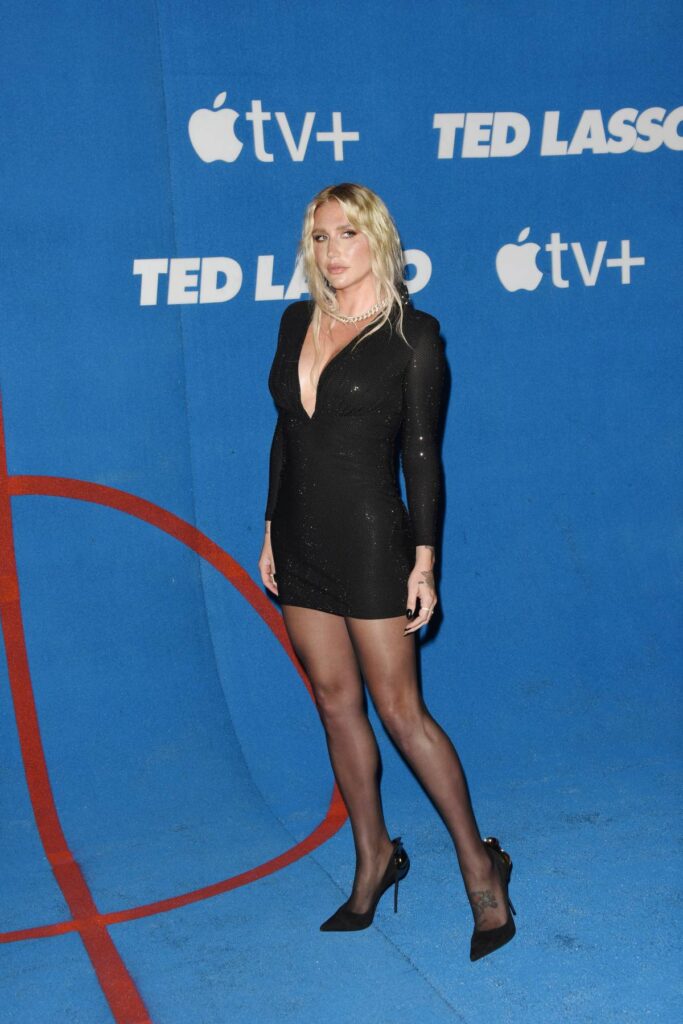