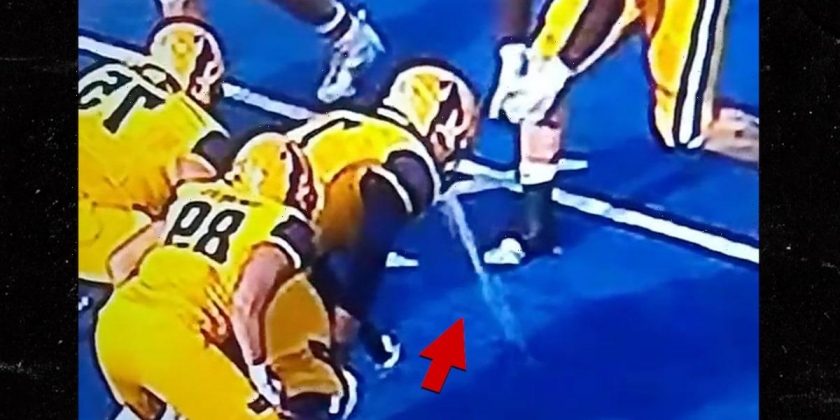 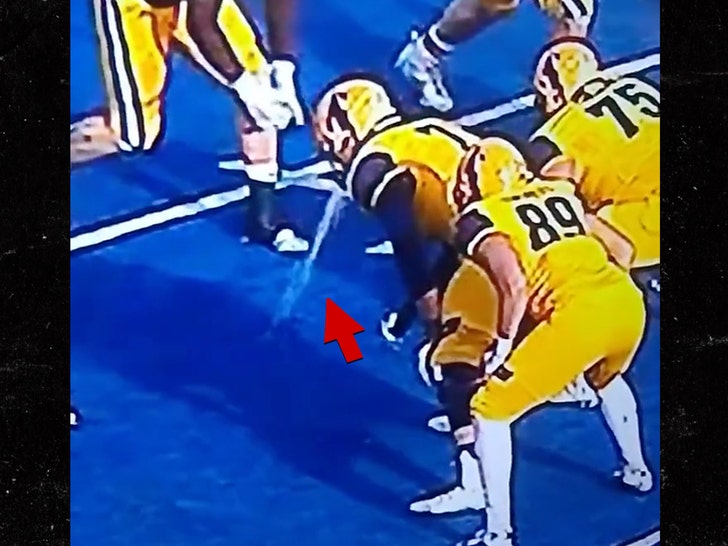 Gross scene at the Idaho Potato Bowl on Tuesday … a Kent State offensive lineman got so sick during the game, he puked all over the field.

The nasty play went down early in the second quarter of KSU’s bowl game with Wyoming … when the Golden Flashes were facing a third-and-goal situation.

In video of the scene, you can see left tackle Bill Kuduk — wearing a No. 71 jersey — vomited right before the ball was snapped … causing defensive players on Wyoming to flinch across the line of scrimmage.

Of course, the refs threw a flag on Kuduk for a false start penalty … which was assessed after the up-chucking happened during the snap count.

To Bill’s credit, he stayed in the game and seemed to play well … and was a good sport over it all afterward, tweeting, “Puke and Rally!!! Appreciate the shout out #MACtion.”

As for the game … the scoreboard looked sicker than Duduk, ’cause the Golden Flashes got trounced, 52-38.