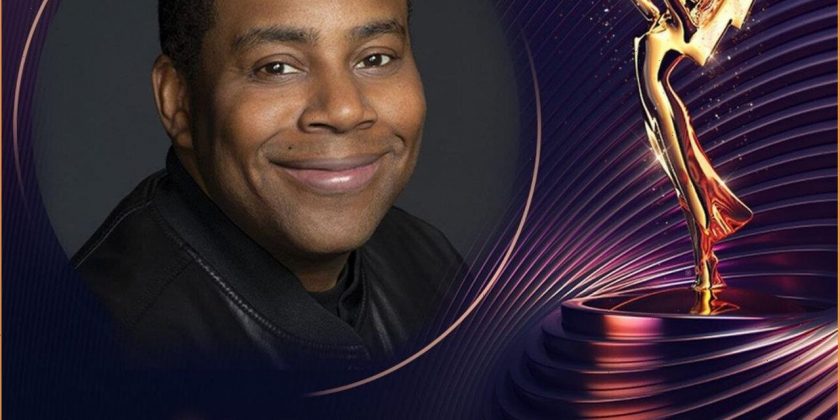 The 44-year-old actor and comedian will host the 74th annual celebration of all things TV and he said, ‘being a part of this incredible evening where we honor the best of the television community is ridiculously exciting.’

AceShowbiz –Kenan Thompson thinks it is “ridiculously exciting” that he’s going to host the Emmy Awards. The “Saturday Night Live” star can’t wait to take the helm of the annual event, which honours excellence in television, for the first time at the Microsoft Theater in Los Angeles on 12 September and has promised it will be an “incredible” evening.

“Being a part of this incredible evening where we honor the best of the television community is ridiculously exciting, and to do it on NBC – my longtime network family – makes it even more special,” he said in a statement. “Like all TV fans, I can’t wait to see the stars from my favorite shows.” NBC bosses are delighted to have the 44-year-old comic on board for the event.

Jen Neal, Executive Vice President of Live Events for NBC Universal Television and Streaming, said, “Kenan is well-regarded as one of funniest, likeable and accomplished performers of the last two decades and his tenure on ‘Saturday Night Live’ speaks for itself. We know he’ll bring an excitement and professionalism to the Emmy Awards that a show of this stature deserves.”

While this will be Kenan’s first time hosting the Emmy Awards, he’s no stranger to the ceremony, having been nominated six times in the past, most recently last year for Outstanding Lead Actor in a Comedy Series for “Kenan” and Outstanding Supporting Actor in a Comedy Series for “Saturday Night Live.” He has won one award in the past, taking home the Outstanding Original Music and Lyrics prize in 2018 for “SNL” song “Come Back, Barack.”

The nominations for this year’s ceremony were announced last month, with “SNL” adding to its record-breaking 306 overall nominations with another nine nods. “Succession” leads the 2022 Primetime Emmy Awards nominations with 25 nods.

Brian Cox, who plays the patriarch of the media dynasty, Logan Roy, and his on-screen son Jeremy Strong, who portrays Kendall Roy, are both up for Outstanding Lead Actor in a Drama Series.

“Ted Lasso” and “The White Lotus” follow closely behind with 20 nominations each, while both “Hacks” and “Only Murders in the Building” received 17 nods.