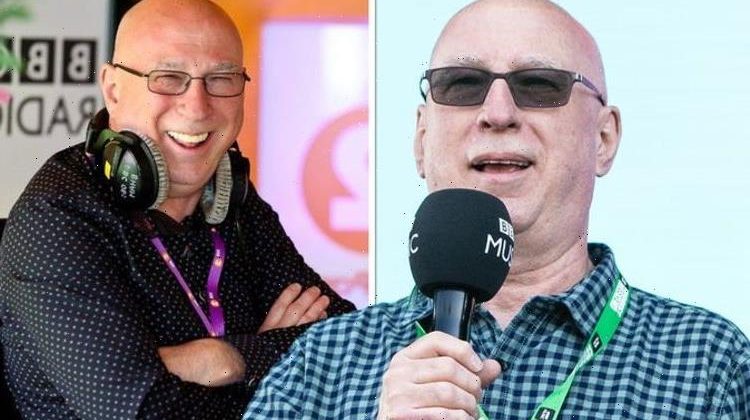 Ken Bruce admitted it was “too much” as he bid farewell to his BBC Radio Two co-star Matt Lucas. This came as the latter shared how it was his last day standing in as the host of the Zoe Ball Breakfast Show.

Matt made the announcement as he revealed Zoe would be back presenting from Monday morning.

He thanked his colleagues on the breakfast show, saying: “It’s been a wonderful two weeks, I’ve really enjoyed it.”

Then during Matt’s handover to Ken who follows with his radio show, he said: “It’s time to hand over, well it’s my last time, to Mr Ken Bruce.”

Ken was emotional as he bid goodbye to the comedian at the beginning of his show.

“It’s been lovely having you here the past two weeks.”

Ken then pushed Matt on whether he’ll be coming back again to present on BBC Radio 2.

Matt admitted: “I’d love to be back again if they’ll have me, I’m off to do some more Bake Off first.”

Many viewers will know Matt hosts The Great British Bake Off series with Noel Fielding.

Following his farewell on the radio, fans took to social media to say goodbye as well.

One penned: “I love @ZoeTheBall in the mornings but gonna totally miss @RealMattLucas. (sic)

“Mornings full of great music and fun and dancing around the kitchen.

A second added: “I never realised how much I loved @RealMattLucas until I spent 2 weeks listening to him whilst sitting in for ZoBo! So much love for you.”

“Wonderful couple of weeks on the wireless Mr Lucus, you’re a star. Really enjoyed it,” wrote a third.

Elsewhere, Matt is thought to be working on a new show with his Little Britain collaborator David Walliams.

In an appearance on The Lateish Show With Mo Gilligan, David teased the news.

He said: “Matt is obviously super-busy because he’s got the Bake Off and he’s doing some other big, important things.

“But hopefully in the next year or so we’ll hopefully get something on the screens.”