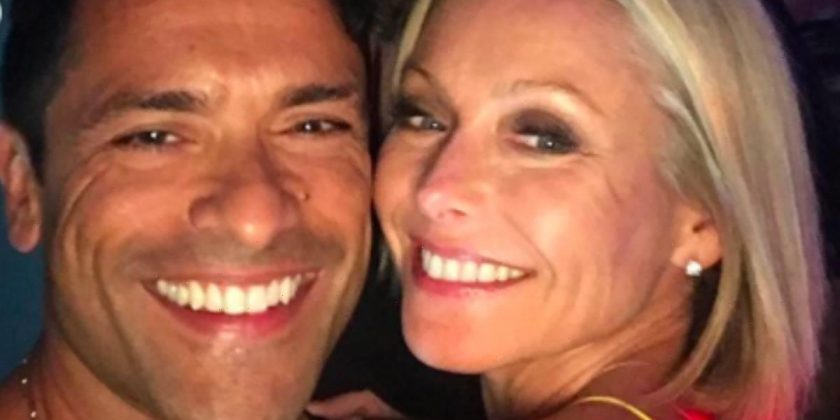 Kelly Ripa had the best Thanksgiving weekend as she was joined by her three children once again.

The Live with Kelly and Ryan star – who became an empty nester in September – shared a series of selfies with her grown-up kids on Instagram over the weekend, and it looked like they all had a fantastic time.

The family reunited for the holidays at home in New York, where Kelly and husband Mark Consuelos live in a gorgeous townhouse.

In September, the couple faced a big change when their youngest son Joaquin flew the nest to attend university in Michigan.

Unlike his older siblings Michael and Lola, Joaquin moved state to go to college, and being the last to leave home, the transition was all the more emotional for his doting parents.

His university admission is even more special to Kelly and Mark too, as the actress explained back in February during an episode of Live with Kelly and Ryan.

The All My Children star opened up about Joaquin’s learning disorders, including dyslexia and dysgraphia.

At the time, the teenager was deciding on a college, and Kelly told co-host Ryan Seacrest that it had been an emotional time for her and Mark as parents.

“Mark and I were Facetiming the other night, and you’ll be surprised to know – because you’re nothing like this at all – Mark got very emotional and choked up and said, ‘I never thought he would be able to go to college,’ because he was profoundly dyslexic and dysgraphic.”

While Kelly and Mark’s children have appeared on Live over the years, now that they are older they prefer to keep out of the spotlight.

MORE: Kelly Ripa teases change to family home that fans are waiting for

However, the couple’s oldest son Michael is making a name for himself as an actor in his own right, having appeared on Riverdale earlier in the year, where he played a younger version of his dad’s character Hiram Lodge.

Kelly with husband Mark Consuelos and their three children

Mark found the experience exciting and “emotional” as he watched his firstborn follow in his footsteps.

Chatting about working with his son during an interview with Esquire, he said: “Working with my son was probably one of the most exciting things I’ve gotten to experience.

“It was emotional for me, to see him practicing his lines and coming to set. He was so earnest about it. it really was a bucket-list moment for me.”