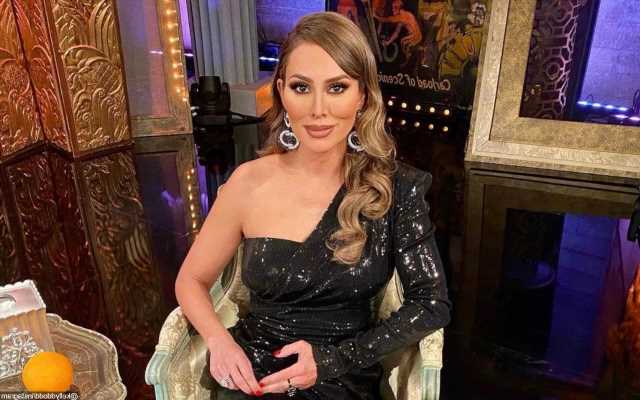 In a video addressing the controversy, the former star of ‘The Real Housewives of Orange County’ insists that she is accepting everyone for ‘who they want to be and who they believe themselves to be.’

AceShowbiz –Kelly Dodd has defended herself after being accused of making transphobic comments in a Cameo video. Taking to her Instagram account, the former star of “The Real Housewives of Orange County” insisted that she is “tolerant.”

“I’ve been doing Cameos now for two years and I never saw the pronoun thing before,” the 45-year-old star explained on Thursday, July 29 in a nearly 2-minute video she posted on her Instagram page. “This was the first time I saw a reference of he/him/she/they/them. I grew up, I grew up in Arizona with people who were born a boy and a girl and maybe a hermaphrodite here and there,” she added.

Kelly continued, “When I was reading the Cameo I saw the pronouns and we’d been drinking and I was just reacting in my own raw and unfiltered way. I want to be very, very clear about this. That I accept everyone for who they are.” The mother of one went on to insist that she’s “not transphobic.” She said, “I accept everyone for who they want to be and who they believe themselves to be and I don’t hate on anyone. I’m not transphobic. I was just unfamiliar with the language.”

“If you want me to be tolerant, then you also need to be tolerant of me,” Kelly further stressed. The TV personality also stated, “That’s only fair. And I’m learning and I’m growing and maybe you can help me with this.” Along with her clip, she captioned, “My Cameo controversy. Please listen to my side with an open mind ! Thank you.”

Kelly was initially paid $100 to give someone named Jennifer a shout-out for her birthday via Cameo, but instead gave her an earful of transphobia. “This is Jennifer ‘she/her,’ I don’t get this,” the former reality star began saying. She further called out the birthday girl, “You’re either a boy or a girl, OK? You’re born a girl or a boy. I don’t get it. You’re Jennifer. I’m sorry, I don’t give a f**k.”