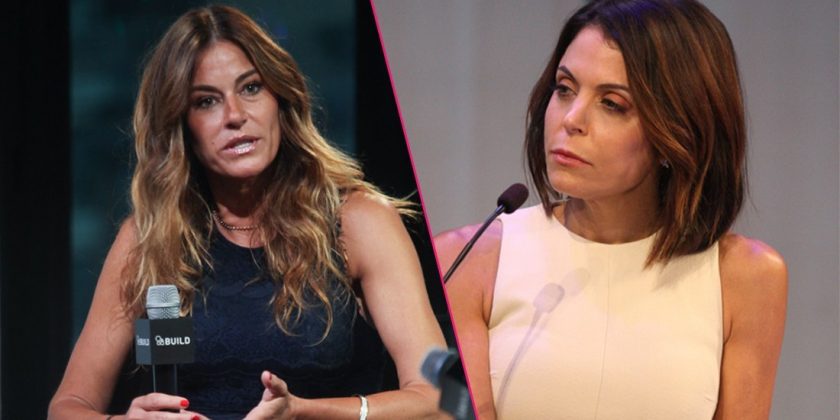 Kelly Bensimon is back! In a shocking new interview, the former Real Housewives of New York City cast member accuses Bethenny Frankel of caring more about fame than her child!

In exclusive excerpts from her talk with “Out in the Wild” podcast obtained by RadarOnline.com, Bensimon, 51, bashes Frankel, 48, for allegedly ignoring her pregnancy issues during the filming of Scary Island.

“She was pregnant this entire time and was having serious issues with her unborn child [Bryn Hoppy] and she’s flying back and forth pretending to film with her dying father in L.A., but really just filming in the car and never saw him,” says Bensimon. “And I’m like ‘You want me to film with a woman that doesn’t even care about her kid in her stomach?’ She’s like, ‘Oh, if I have a miscarriage whatever.’”

The former RHONY star says she was shocked Frankel continued filming despite her scary medical crisis.

“I land in St. John, where we were filming, and I was getting a massage and he masseuse said did you know there’s a really big movie star here? And I was like, ‘Wow who is it?’ And they said her name is Bethenny Frankel. And I’m like… ‘movie star?!’ Like, oh my god, she’s telling the masseuse that she’s a movie star?” recalls Bensimon.

The former reality star — who appeared on RHONY from season 2 to season 4 — said that if she were ever to return to the show, Frankel’s brand, Skinnygirl, would be ruined.

“Hypothetically, If I went back on Housewives, and there was a moment where she was like, ‘Wow. I really like Kelly. Kelly Bensimon is hot s**t’… her entire brand would go to s**t. Because her fans would be like, ‘Wait what? We’ve been spending 10 years hating Kelly Bensimon and now you like her? What?!’” she says. “It’s different from her makeup with Jill Zarin because I am the ultimate, ultimate nemesis.”

Frankel has not responded to Radar’s request for comment.

“Out in the Wild” is up now on iTunes.