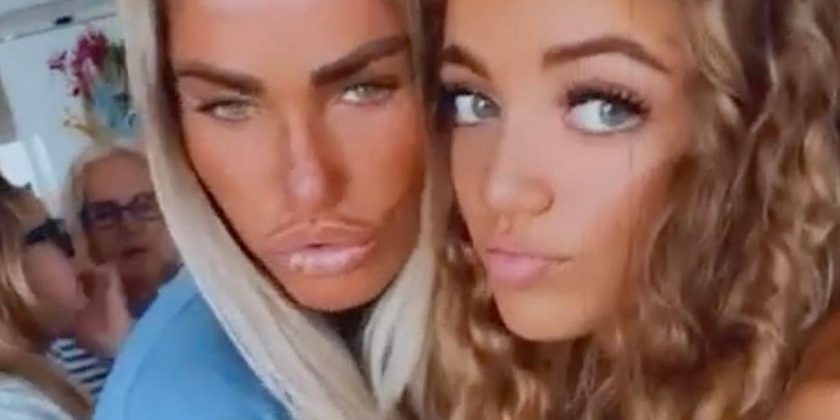 Katie Price's daughter Princess Andre has been praised by fans after posting a stunning snap.

Taking to Instagram, Princess shared a sponsored snap of herself with the caption: "How quick are the summer holidays going. Can’t believe there’s only a few weeks left! #SHEINback2school #SHEINforall @sheinofficial @shein_gb ad."

In the photo, Princess can be seen rocking her long blonde curly hair with beautifully done makeup.

In the comment section, many of Princess's 540,000 followers couldn't help but gush about how much she looked like her mother.

"Just like your mum Princess. Your hair is beautiful, you're so grown up," another commented.

And a fourth user added: "Princess, you little stunner."

However fans also claimed that Princess looked like a lot like her father when she posted a previous photo with a friend.

Taking to the comment section, one person said: "You're so like your Dad and your hair is absolutely stunning too x."

As well as being dad to Junior and Princess, Peter is also the father of daughter Amelia Andre, eight, and son Theodore James Andre, five.

He shares his youngest two children with his wife Dr Emily MacDonagh Andre, 32, who has been married to since 2015.

Katie is also the mother of son Harvey, 20, who she shares with former footballer Dwight Yorke.

She also shares son Jett Riviera Hayler, nine, and daughter Bunny Hayler with her ex husband Kieran Hayler, who she was married to from 2013 to 2021.