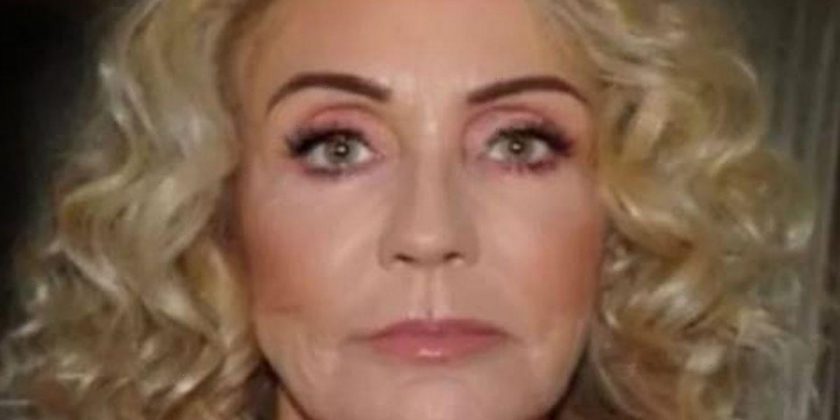 Katie Price's children Princess and Junior have paid a sweet tribute to their grandma on her 69th birthday.

Back in 2017, Amy Price was diagnosed with a terminal lung infection called terminal idiopathic pulmonary fibrosis, which has left her with only 34 per cent of her lung capacity.

And Amy's grandchildren ensured to show how much they love and care for her as they took to their social media to wish her well on her big day.

Princess, 14, shared a glamorous snap of Amy, who is finally on a lung transplant list, with the caption: "Happy birthday Nan! I love you so much."

Proving just how close she was to her grandmother, the teenager shared another snap of them alongside her mother Katie and auntie Sophie.

Princess's brother Junior also took to his Instagram as he re-shared a post that was initially shared by his aunt Sophie.

In the image, Amy is seen bundled up warm while sitting on a tree stump in the middle of a forest.

"Happy bday nan, I love you so much," the 16 year old captioned the post.

Just last month, Katie announced her terminally ill mum Amy was finally on the lung transplant list after waiting months to find out if she would be eligible for it.

"She's getting on alright, she's on the transplant list now as well," Katie's sister Sophie said during a joint appearance on Good Morning Britain.

The former glamour model added: "Yeah, so she can only be four hours away now, wherever she is. So we hope she'll get a lung transplant."

Amy's condition causes the build-up of scar tissue in the lungs and can lead to shortness of breath and respiratory failure. There is currently no cure.

Katie previously spoke out about her mum's condition to Simon Thomas on his Life, Interrupted podcast. She said: "My mum, she's never smoked, she's always been healthy. She got told a couple years [ago], coming up to three years, that she would have three to five years left of her life.

"She still does a spinning classes. She's got like 34 per cent left of her lung capacity, so she has started oxygen, which isn't nice to see because in my head, it's that once you start the oxygen and you need that, you know it's coming.

"So she's waiting to see if she can have a lung transplant. I even offered my lung to her.

"But it's not that easy. You have to be ill enough to have it. Because if you're too well, they won't give it, but then you've still got to be well enough to be able to take it, you know."

Katie added: "Although my mother could have it now, it doesn't mean to say that she'd still survive it because it can reject in three weeks, and it only prolongs your life five years."