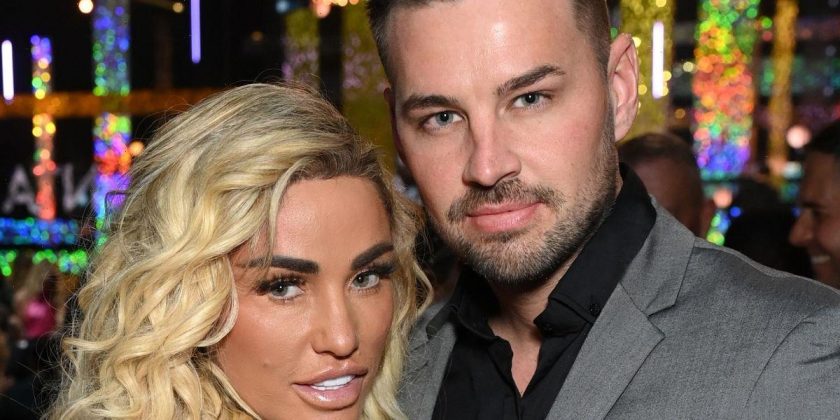 Carl Woods' friends have been left "worried" for him following his split from former model Katie Price, which is said to have left him "heartbroken."

Former Love Island star Carl, 33, announced his split from Katie, 44, on an Instagram video in which he accused the former Page 3 model of being unfaithful.

He has since posted a now-deleted voice recording of them seemingly arguing about "coke" [cocaine].

A source later told OK! that Katie has been left “terrified” as Carl is claiming he has a “big black book” of material that could be damaging to her career – and that he’s ready to expose “the truth” about her “cheating".

Now a source close to Carl, has told The Mirror, that his friends have been left worried about him, and that the split has left him "heartbroken and depressed."

They told the publication: "Carl is really heartbroken from Katie cheating. Carl put his all into his relationship with Katie and she ruined it.

"He really loved her and wanted the best for her," they said, continuing: "Carl helped her through some of her biggest struggles and darkest moments. No one saw what Carl had to deal with behind closed doors".

They added: "He was left heartbroken and depressed. We were so worried for him.

"Heartbreak is the worst feeling and Carl didn’t take it well at all. Carl knew that Katie was capable of something like this but he didn’t expect it to actually happen. He's lost all his faith in love."

Rumours have since been spreading that the pair are back together after they were spotted putting on a united front for the sake of Katie's son Jett, whom she shares with ex-husband Kieran Hayler.

A source close to the pair exclusively told OK! this week: "Katie and Carl clearly can't stay apart for long as they were together at Jett's football match at the weekend.

"It was just days after Carl leaked that recording, so it looks like all is forgiven as they were very much a couple at the match. No one can keep up!"

Katie and Carl had previously been spotted together, following their split, at Bill’s restaurant in Horsham, West Sussex, causing speculation of a reunion.

However, friends of the couple we quick to shut down rumours of a reunion, with one telling OK!: “They're definitely not back together. Katie was trying to win him back but pals don't see him ever getting back with her. He is pretty adamant that he is done now."