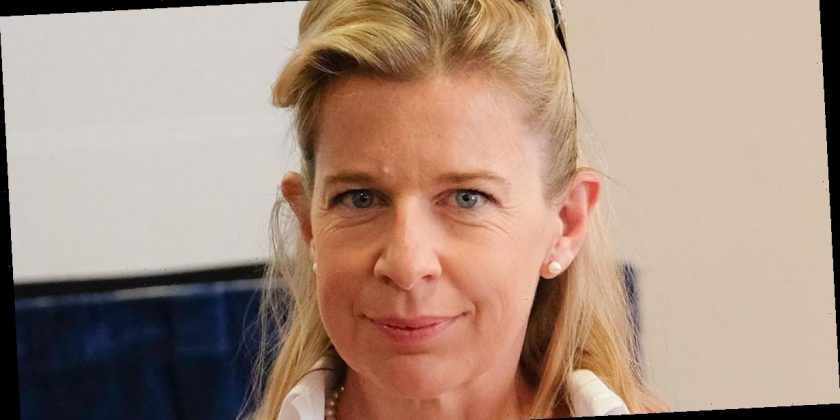 Katie Hopkins was permanently suspended from Twitter on Friday evening after posting a slog of vile tweets.

The 44 year old had 1.1million followers on the social media platform before the company pulled the plug on her account.

Controversial Katie often riled people up with her dividing opinions on the site, but appeared to take her thoughts too far as Twitter have now banned her.

Before her account was suspended, the former Celebrity Big Brother star complained that she had had her blue "verified" tick removed.

After a petition was launched to have her account closed, she wrote: "Thank you to everyone on the #blockkatiehopkins & #katiehopkins petition to remove me from @Twitter.

"My followers have swelled to 1.1 million as a result. Keep going c**kwombles," alongside a screenshot of her profile.

However, she returned just one day later to moan: "Twitter punishment for @KTHopkins hitting 1.1 million followers. Remove the blue tick."

Users of the site were then delighted when they realised they were unable to access her account on Friday evening.

Although her "verified" tick had been restored, her profile picture and cover photo both turned grey, and a message on her page read: "Account suspended. Twitter suspends accounts that violate the Twitter Rules."

In the days leading to her permanent suspension, Katie had posted a number of controversial tweets concerning the Black Lives Matter movement and footballer Marcus Rashford's landmark campaign for the government to provide free school meals for children during the summer holidays.

The day after Blackout Tuesday, which saw a number of celebrities fill their social media channels with black squares to support the Black Lives Matter movement, Katie mocked the gesture.

She wrote: "Today is #whiteoutwednesday. I will shortly be posting a picture of my a**e. Thank you."

Discussing Manchester United ace Marcus' call on the government to provide free school meals to children during the summer holidays, Katie — who found fame on The Apprentice in 2007 — once again had a controversial opinion.

Addressing the footballer, she wrote: "Dear Marcus Rashford, do you think women should think about how they are going to feed a child before they decide to have it?

"I do not want to pay to feed other people's kids. You are welcome to. Thank you, Katie Hopkins."

A spokesperson for Twitter said of Katie's ban: "Keeping Twitter safe is a top priority for us — abuse and hateful conduct have no place on our service and we will continue to take action when our rules are broken.