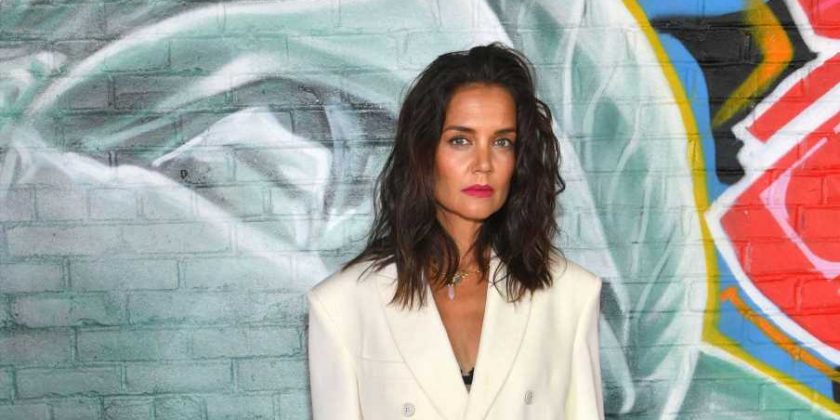 There’s a new guy in Katie Holmes’ life. One year after the “Dawson’s Creek” alum’s New York City-centric romance with chef Emilio Vitolo fizzled, the actress was spotted sharing a public smooch and holding hands with Grammy-nominated musician Bobby Wooten III in the Big Apple on Thursday, April 28. It looks like they know each other pretty well, too — photos published by People show show Bobby hugging Katie’s mom. The pair reportedly spent Thursday visiting Central Park and the Guggenheim Museum, sticking to the subway to get around town. In addition to playing bass with the likes of David Byrne, Bobby, 33, has worked with Jennifer Lopez, Mac Miller, Jennifer Hudson and Rick Ross, according to NYU’s Clive Davis Institute, which lists him as an adjunct professor in the Tisch School. Like Katie, 43, Bobby hails from the Midwest (he’s from Chicago while her hometown is Toledo, Ohio). Katie, who reportedly dated chef Emilio in 2020 and2021, is currently directing and starring in a film adaption of the novel, “Rare Objects.”

Keep reading for the latest on Kim Kardashian and Pete Davidson, Ellen’s final show and more …

As the Kardashian-Jenner family listened to closing arguments at Blac Chyna’s $100 million defamation trial against them on Thursday, April 29, Kim Kardashian had some support from boyfriend Pete Davidson, who sat in the audience during the proceedings, according to Today.com. Chyna, the mother of Rob Kardashian’s daughter, Dream, filed suit against her ex’s family based on allegations they intentionally tanked the reality show she starred in with Rob when they were together by damaging her reputation. She also claims they destroyed various business deals for Chyna, that affected the viability of her TV career. When Pete arrived, he hugged Kim’s mom, Kris Jenner, and sister, Kylie Jenner, then sat beside a member of the Kar-Jenner family’s security staff near the back of the courtroom, Today reported. During closing arguments, Kim’s family’s lawyer said the “central problem in this case” was that “Rob & Chyna” “was never her show,” according to People. Instead, he argued, “It was a show about a relationship. It was about both of them.” When the relationship failed, he added, the content that was intended to be a “lighthearted romantic comedy” “became dark and heavy,” which he said is the real reason it was canceled. Chyna’s attorney, meanwhile, reportedly argued there was no truth to claims her client staged a “murderous attack” against Rob, noting that if he had been genuinely afraid for his safety he would have called 911 and removed their daughter from the home. On Friday, the court found “no evidence” Kim was “responsible” for defaming Chyna, Page Six reported.

Dolly Parton has changed her mind — politely, of course — about her Rock and Roll Hall of Fame nomination, saying she will accept an induction “gracefully” should she be chosen. In March, the country legend shared a statement in response to her nomination for the next class of Rock Hall inductees, saying that while she was “extremely flattered and grateful to be nominated,” she didn’t feel that she’d “earned that right,” since she’s never considered herself to be a rock musician and she didn’t want to split votes on a more qualified candidate. The Hall quickly replied by announcing she could still be inducted since inductees are not limited to artists who focus on rock and roll. Fast forward to Dolly’s interview with Rachel Martin on the Friday, April 29 edition of NPR’s “Morning Edition,” and it seems she’s changed her tune. Asked, “What do you do if, despite your objections, you’re still inducted?,” Dolly replied: “Well, I’ll accept gracefully. I would just say thanks and I’ll accept it because the fans vote.” Explaining her previous statement, she added: ” But when I said that, it was always my belief that the Rock & Roll Hall of Fame was for the people in rock music, and I have found out lately that it’s not necessarily that. But if they can’t go there to be recognized, where do they go? So I just felt like I would be taking away from someone that maybe deserved it, certainly more than me, ’cause I never considered myself a rock artist. But. obviously, there’s more to it than that.”

That’s it for “The Ellen Show” — well, sort of. On Thursday, April 28, Ellen DeGeneres filmed the final episode of her long-running daytime talk show, set to air May 26. “When we started this show in 2003, the iPhone didn’t exist,” she wrote in a goodbye post on Instagram after wrapping the shoot.”Social Media didn’t exist. Gay marriage wasn’t legal,” continued the star, who became the first sitcom lead to acknowledge she was gay in 1997, when she came out both on her show and in Time magazine. “We watched the world change, sometimes for the better, sometimes not,” Ellen continued in her post. “But whatever was happening, my goal was always for the show to be a place where we could all come together and laugh for an hour.” In closing, she told fans: “Being invited into your lives has been the greatest privilege of my life and has brought me incredible joy. Thank you. Thank you. Thank you. Thank you.” The 64-year-old comic announced she planned to give up the series last spring, saying she felt the current 19th season “was the right time to end this amazing chapter.” Around the same time, she clarified on “Today” that her decision to end “Ellen” wasn’t due to allegations she fostered a “toxic workplace.” “If it was why I was quitting, I would have not come back this year,” she said in 2021. “I really did think about not coming back, because it was devastating. It started with attacks on me and attacking everything that I stand for and believe in and built my career around…I am a kind person. I am a person who likes to make people happy.”

Once we entered the post-vax era of the COVID-19 pandemic, Chelsea Handler hit the road on a standup tour to help fill the “dearth of joyfulness” she saw in the world. But when she had “a hospital scare” a few months ago, she realized she needed to chill out and laugh more as much as her audience. “I had a hospital scare after a show … a couple months ago,” she told E! News in an interview published this week. “I had this cardiomyopathy, which means, like, an adrenaline shot to the heart,” she said. According to the Mayo Clinic, cardiomyopathy is a serious, progressive disease that affects how the heart pumps blood to the rest of the body. Left untreated, it can be life-threatening and lead to heart failure. “I was like, ‘Was this an instance, or was this building?'” she recalled asking. “And the doctor says, ‘Well, it’s an instance, but you’ve basically been very stressed for a long period of time, and you probably did not recognize that.’ And I was like, “Oh, s***,'” Chelsea continued. “[The doctor] goes, ‘I don’t know a lot about you, but isn’t your whole shtick that you don’t take yourself too seriously?’ And I went, ‘Yeah …’ And he goes, ‘Well, then you should start taking your own advice because you’re taking yourself too seriously.'”At that point, she told E!, she realized she needed to make some changes. “I thought, ‘God, you’re right. What am I doing here? I’m stressed out so much that I landed in the hospital?'” The comic, 47, ended up canceling a few shows. Though she says she’s “fine now,” she took the experience as “a good reminder to let everything go.” 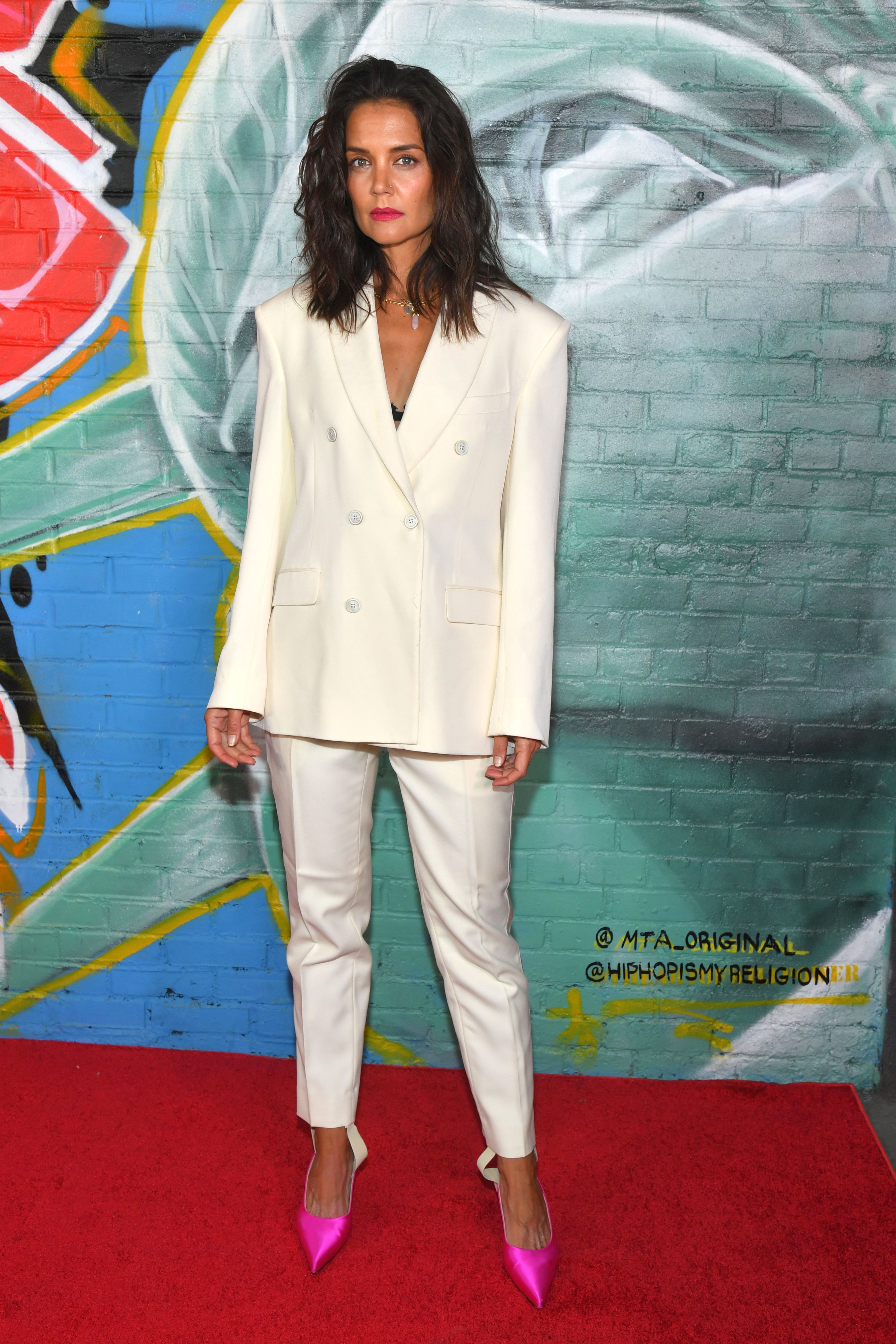 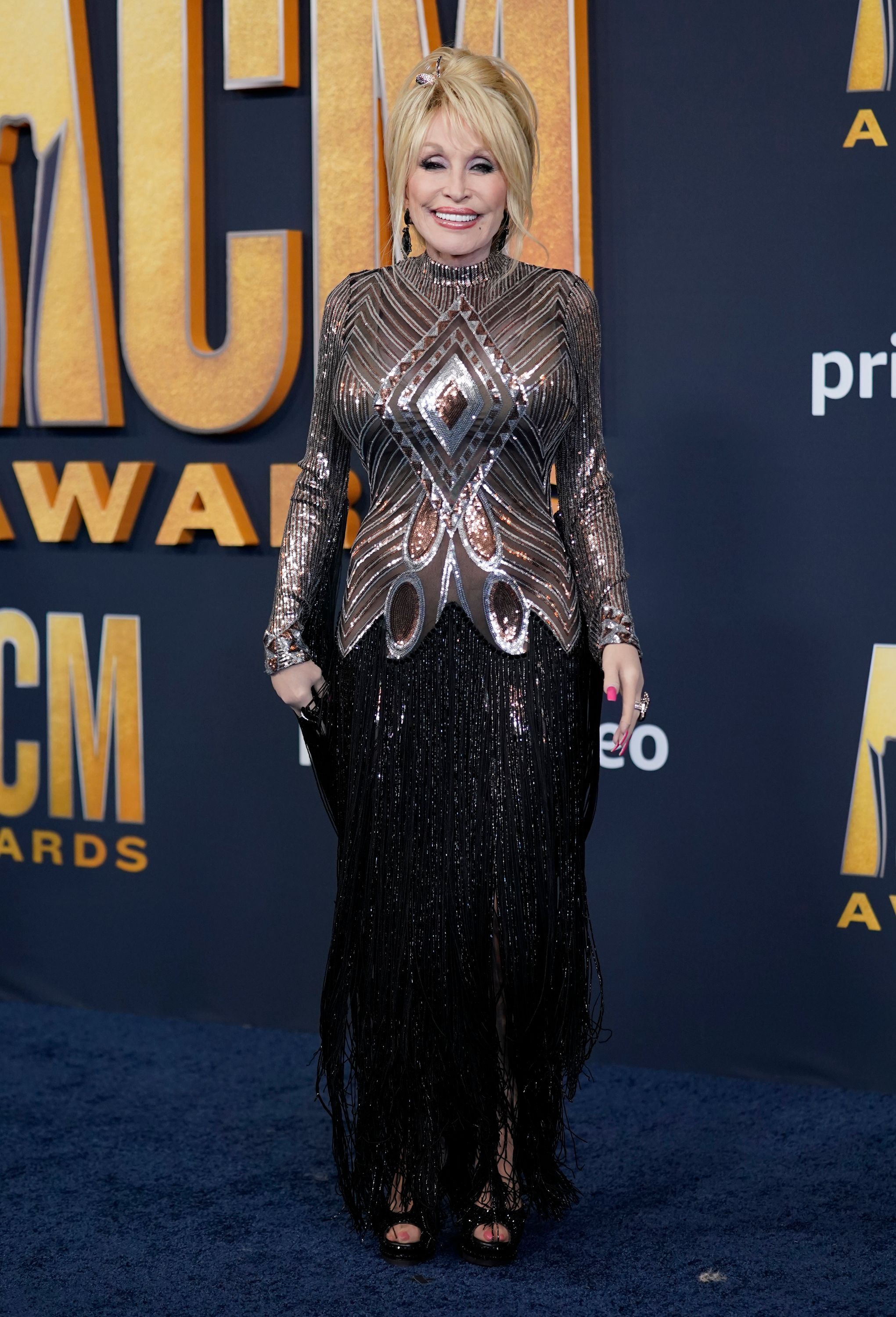 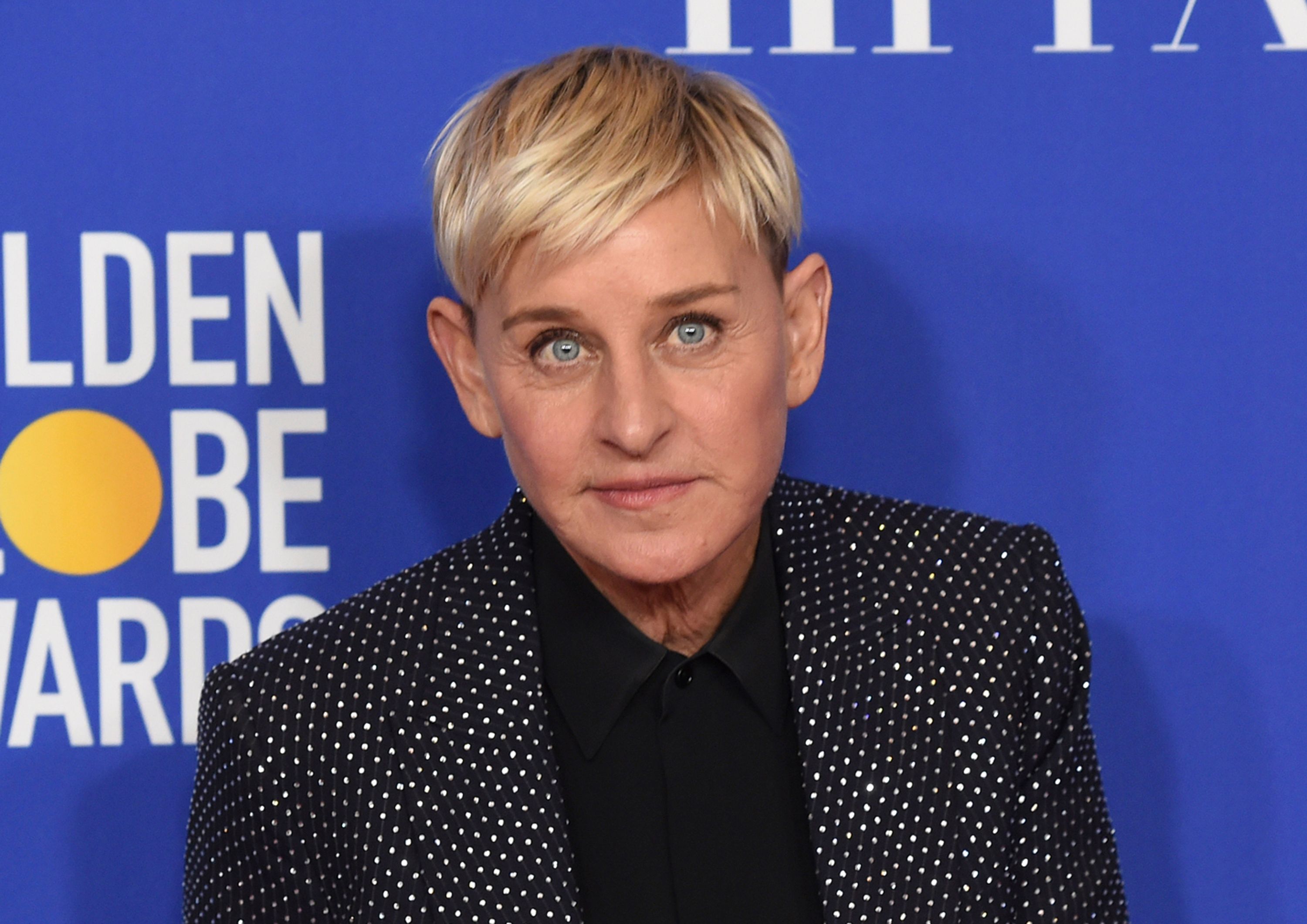 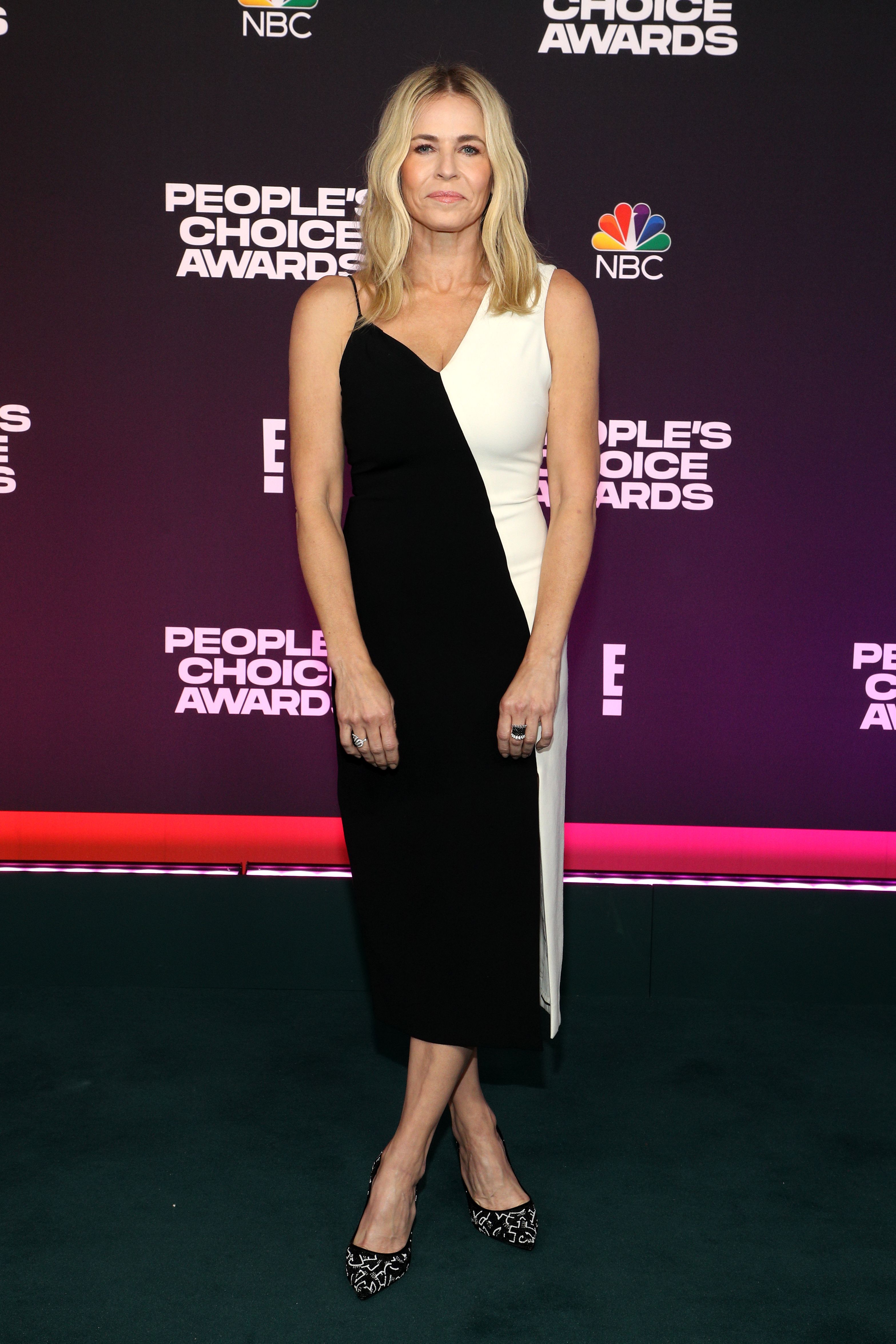 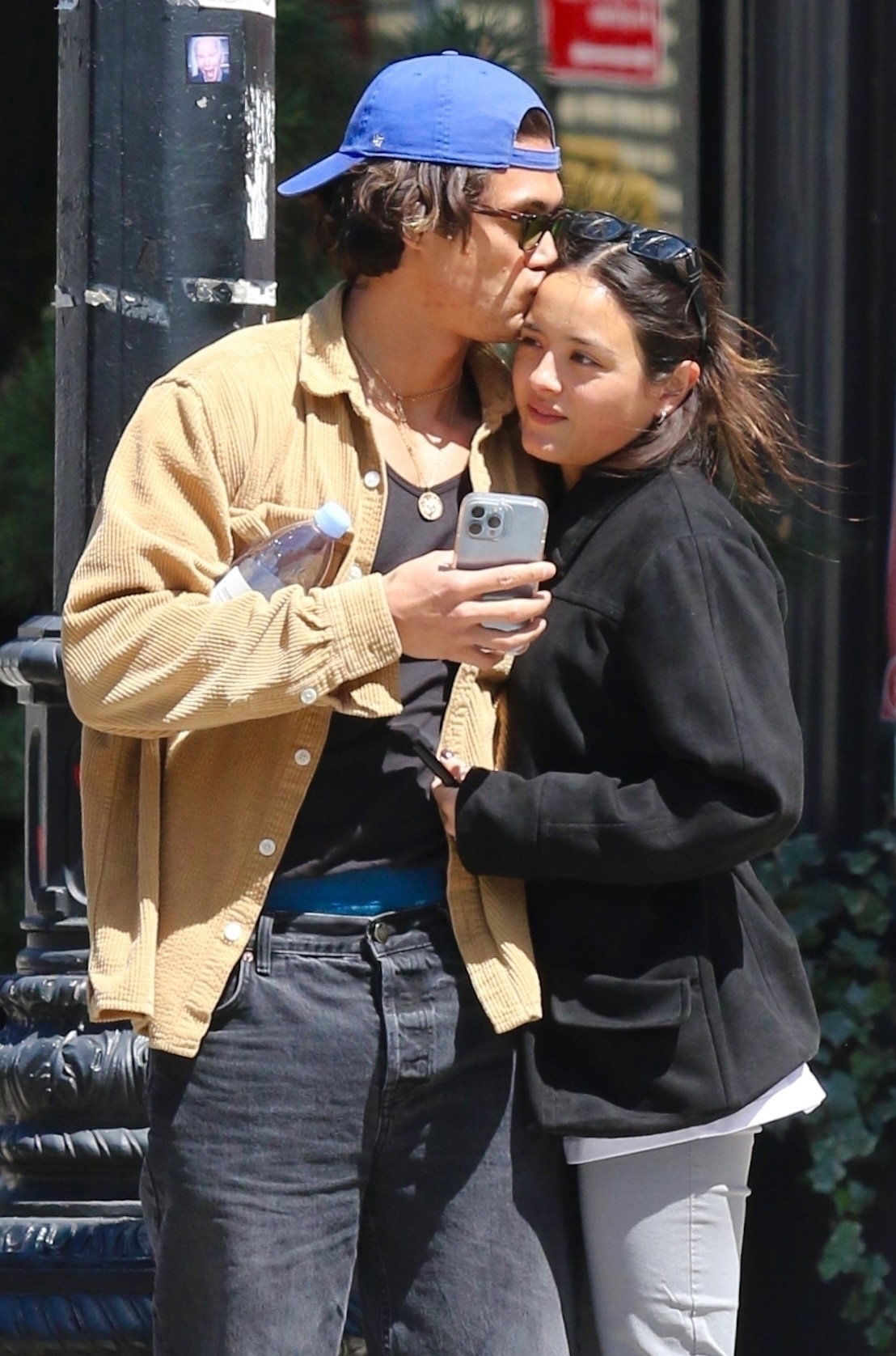