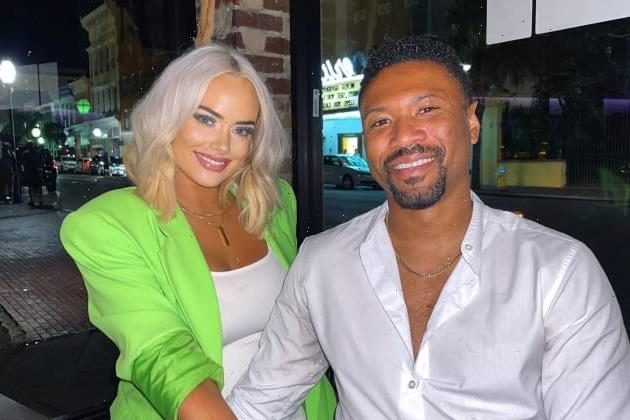 Early this summer, Kathryn Dennis and Chleb Ravenell celebrated on year together.

They had already marked major realtionship milestones, including moving in together in April.

By all accounts, the two had a lot of fun together, and the romance was a comfort to Kathryn during dark times.

On Thursday, November 18, Us Weekly revealed that Kathryn and Chleb have gone their separate ways.

“She broke up with him,” the insider source announced.

“And,” the insider added, “they are no longer living together.”

“There is no bad ill-will between them,” the source emphasized.

It’s good to know that there’s no bad blood and that the two are not in that awkward situation of exes who are still sharing a roof.

But … what went wrong?

According to the insider, the key issue is that Kathryn wants to “get married again.”

We’re pretty sure that this source is speaking colloquially; many forget that Kathryn and Thomas never married.

“And,” the insider continued, Kathryn would like to “have more kids.”

Kathryn is already a mother to Kensie, age 7, and Saint, age 6.

Apparently, Kathryn is moving past a point where she’s looking for a fun partner and is more focused on finding something more important: a good father.

“Her future husband would have to be this amazing stepfather to her children,” the source characterized.

“And,” the insider continued, he would need to “be someone who would make a serious commitment to her.”

The source lamented: “and [Chleb] just wasn’t that.”

“They weren’t meant to be,” the insider stated whimsically.

“And,” the source described, “even friends of hers picked up on it.”

The insider then added: “She has so much love in her life as is with her little kiddos.”

The source explained that Kathryn is now searching for “The One.”

He doesn’t just need to be boyfriend material.

Mr. Right needs to be someone who makes her “entire family happy,” too.

Your little boy only turns 6 years old once, and they celebrated the milestone together on November 13.

Seeing Kathryn and Thomas seem to get along so well caught some fans off guard.

If you were tossing and turning at night, unable to sleep for fear that Kathryn and Thomas might reconcile and start dating, don’t panic.

The insider clarified that Kathryn and Thomas “are not getting back together.”

Instead, the source explained, they are just making an effort to be “amicable for the sake of their children.”

Kathryn has had some major low points of her life in recent years.

A racism scandal and being cast as the villain by multiple former castmates as they quit the show could not have been easy.

But that, at least, was her own doing.

Kathryn also lost custody of her children, only able to see them a handful of times a month.

That much was the result of Thomas Ravenel’s vicious custody war with her.

It left many Southern Charm fans feeling like money can buy any court decision … and hoping that Kathryn can find happiness again.