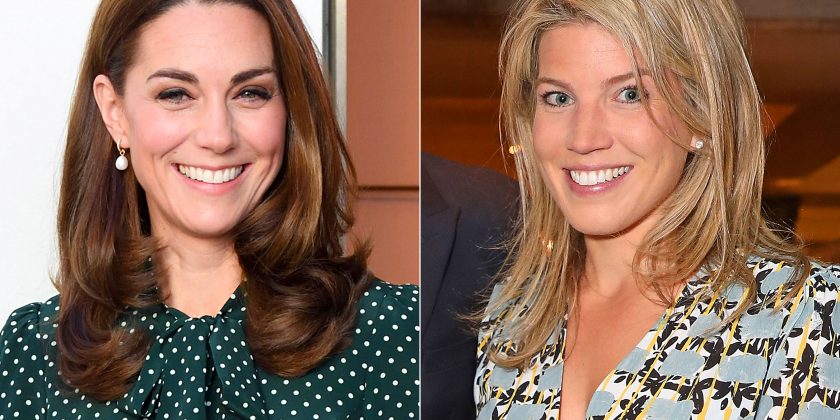 In addition to recently welcoming her first child, a son named Theo, Natasha Archer was named to the Royal Victorian Order in the Queen’s honors list.

The award – established by Queen Victoria to honor distinguished service to the monarch, members of the royal family or representative of the monarch – is often reserved for former staff members. However, Kensington Palace said that Archer (better known as “Tash” to Kate’s inner circle) has not left her position but is on maternity leave.

Just eight months after Kate gave birth to her third child, Prince Louis, Archer and her husband, Chris Jackson (a royal photographer for Getty Images), welcomed a baby boy shortly before Christmas. Jackson announced the happy news on Instagram on Dec. 20 with a black and white snap of the baby’s hand wrapped around his finger captioned, “Our son.”

Jackson also shared a sweet picture of his wife holding their baby boy in front of a Christmas tree.

Jackson announced that the couple, who married in April 2017, were expecting their first child in July with a photo of Archer lovingly gazing down at her baby bump in Richmond Park, located not far from London.

Archer is part of Kate’s glam squad and helps the royal mom plan her outfits for official engagements and tours — and famously helps Kate look top-notch even after giving birth. Just one hour before welcoming Louis, Archer was spotted leaving St. Mary’s Hospital before the royal couple debuted their newborn son on the steps of the Lindo Wing.