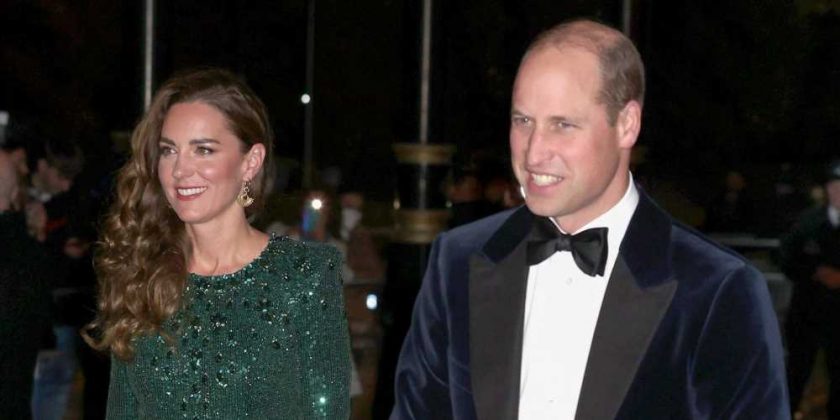 Kate wore the emerald-colored gown to the Royal Variety Performance alongside Prince William at Royal Albert Hall. It's an event that usually gets an appearance from Queen Elizabeth, but since she's taking it easy these days, the Cambridges will fill her spot in the royal box to see the likes of Sir Rod Stewart, Ed Sheeran, and James Blunt take the stage.

While William opted for a pretty low-key blue velvet tuxedo, Kate's gown was not only covered from neck to hem in green sequins, there were also larger jewel details at her neck, waist, and wrists. She added green pumps and a matching box clutch to the look and wore her hair with a deep part and more defined curls than her usual go-to relaxed waves. The queen also missed this year's Remembrance Day ceremony, which also had Kate filling in for the monarch. For the occasion, the duchess re-wore a coat from 2018, something that she's been doing for a while, but has garnered more attention since she and William made it part of their Earthshot Prize looks.