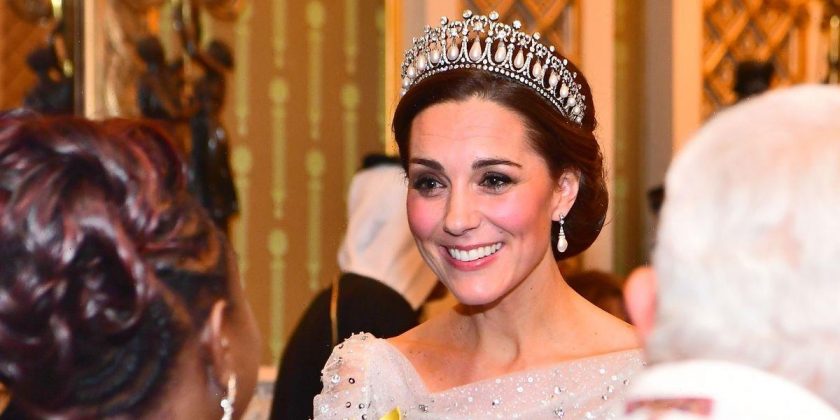 The Princess of Wales' next tiara moment could be just around the corner, with the Royals set to host the annual Diplomatic Reception in the coming days.

King Charles III, 74, and Queen Consort Camilla, also 74, will host their first Diplomatic Reception later this week, according to The Telegraph, with the event expected to be taking place on Thursday 8 December – the same day that the first three episodes of Prince Harry and Meghan Markle's Netflix docuseries will air.

The reception, which honours foreign and British diplomats, is traditionally held at Buckingham Palace and sees the Royals don their best jewels and clothing.

The prestigious event was last held in 2019, as over the past two years it was cancelled due to the coronavirus pandemic.

Around 500 guests will gather in the State Rooms at Buckingham Palace, with the King, Camilla and the Prince and Princess of Wales all in attendance.

Kate, 40, was most recently seen wearing the Lover's Knot tiara – a favourite of her late mother-in-law Princess Diana – at a state banquet in November.

She and husband William, 40, joined the King and the Queen Consort to welcome the South African president, Cyril Ramaphosa, at the monarch's London residence last month.

She wore the tiara to the Diplomatic Reception in 2019 too, so she may be seen wearing it again later this week.

The Lover's Knot tiara was commissioned for Queen Mary in 1913 from Britain's House of Garrard. It is made up of diamonds and 19 hanging pearls, all set in silver and gold.

It was later handed down to Queen Elizabeth II, who handed it down to her daughter-in-law Princess Diana.

Diana wore the tiara on numerous occasions, and it was allegedly so heavy that she used to get headaches from wearing it. After she divorced King Charles, Diana returned the tiara to Queen Elizabeth.

Kate started wearing the Lover's Knot in 2015 and it's since become the princess' formal headwear of choice.

She previously wore the Lotus Flower Tiara on official occasions, and wore the Cartier Halo Tiara on her wedding day to Prince William in 2011.