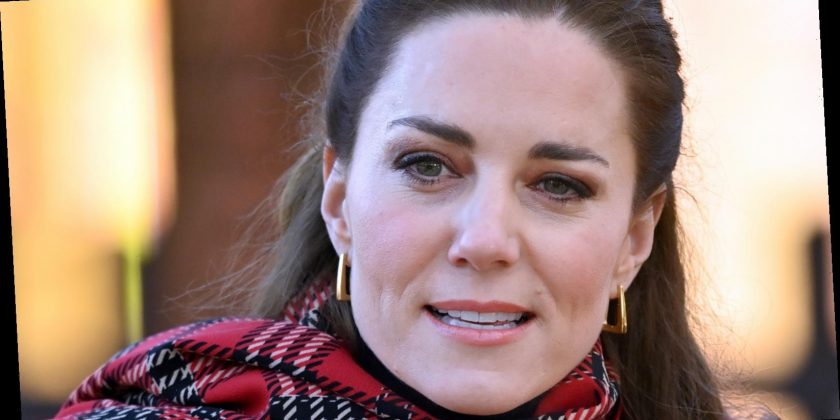 Kate Middleton made an unannounced visit in London on March 13, 2021 to the memorial held for Sarah Everard, a 33-year-old-woman whose remains were discovered the day prior, according to Fox News. Everard went missing as she was walking home by herself on March 3, and her body was found nine days later about 50 miles from where she was last seen, according to CNN.

Everard is believed to have been abducted and killed by a police officer who belonged to The Metropolitan Police. The Met Police force’s commander, Catherine Roper, issued a statement on the group’s website to express her condolences for Everard and her family. “No woman in London should be unsafe on London’s streets and I understand the strength of feeling that has grown following Sarah’s disappearance. As a woman and a police officer, I want nothing more than for women to feel safe and protected by the police,” Roper said.

Middleton reportedly had a similar sentiment. According to a source for People magazine, the Duchess of Cambridge wanted to personally pay her respects because she “remembers what it felt like to walk around London at night.” While many were grateful to see the mom-of-three honoring Everard, others were not too happy with how she did. Keep scrolling to learn why Middleton’s latest public appearance is causing a stir.

Many accused Kate Middleton of being 'classless' for this reason

Kate Middleton was spotted leaving flowers at Sarah Everard’s memorial in South London, according to The Mirror. The publication also said a witness described the duchess as being quite somber during her unexpected visit. A royal source told The Mirror that the visit was “a private matter to her and she wanted to show unity with everyone else.” Although the surprise appearance was appreciated by many, others were a bit caught off guard for one reason: She was not wearing a mask.

“So in all her public events this week she wears a mask but now this private visit she has no mask!” one Twitter user pointed out. “Wanted to make sure she was recognized ‘paying her respects’ classless.” Another person had a similar frustration. “No mask just for her face to be seen! Disgraceful,” they slammed.

However, others came to her defense, saying that masks are not required to be worn outside in the U.K. The Independent noted this in a February 2021 article. Therefore, Middleton was not breaking any laws by not wearing a mask to the outside memorial. She and her husband, Prince William, have been photographed many times wearing masks in indoor settings throughout the coronavirus pandemic.