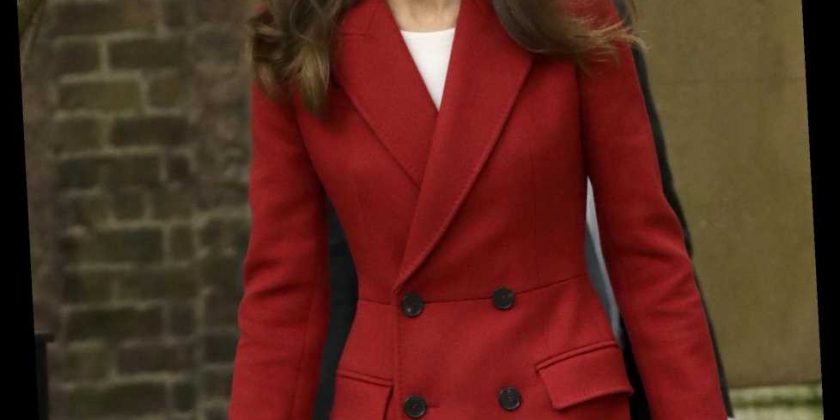 Hello, are you in the mood for a completely drama-free update on the daily goings on of the royal family? Delightful, you have arrived! Apparently, Kate Middleton just took her kids on a trip to the *checks notes* Imperial War Museum for a casual outing that was just for fun—aka not part of an official royal engagement. Totally normal child activity, what little one doesn’t want to visit an Imperial War Museum?!

According to the Daily Mail, “Kate took [George] and Charlotte there, very much as members of the public”—and they were only recognized by a few eagle-eyed people who were also enjoying the museum (George was seen looking in “awe” at military hardware). Obviously, no photos were taken due to most people not realizing Kate was even there with her kids, but I guess you should probably start lurking around war museums if you want a royal sighting?

In other news, Kate and her husband Prince William are currently back in Kensington Palace after spending much of lockdown at their country home, Anmer Hall. Meanwhile, Prince George and Princess Charlotte have started a new year at their school Thomas’s Battersea—while Prince Louis is still at home! But all three of the royal kids have actually been in the public eye a bit more than usual lately, including in this supremely cute video with David Attenborough:

We’ve got some questions for you, @DavidAttenborough…🌍🕷️🐒