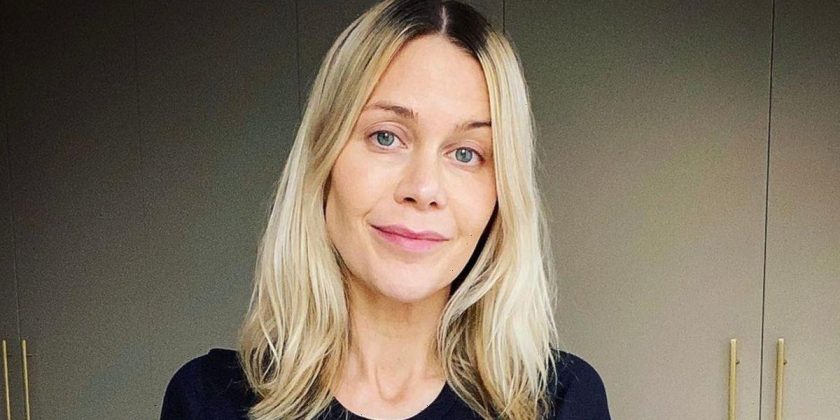 Kate Lawler has ingeniously shown how to combat forgetting your mask while using public transport.

The Big Brother winner, 41, hilariously shared a life hack for her followers that the star used while travelling.

The guidance for using public transport insists you need to wear a mask on trains and buses, unless exempt.

So, when the reality TV star-turned radio presenter forgot to bring one for her journey, she decided to improvise.

In a video posted on Instagram, Kate zoomed into her face, with two sanitary towels correctly covering both her nose and mouth.

The radio presenter captioned the video: "If you’d have told me in January 2020 that in two years from now, I’d stick two sanitary towels on my face to create a makeshift mask while on the train, I’d have thought you were drunk."

Her famous followers were in hysterics at the quick thinking of the star, with some of Big Brother's pals flocking to share their enjoyment of the trick.

However, TV presenting legend Kate Thornton believed there was method in the masked madness and wrote: "I'd do the same."

One follower was more concerned about the star's motives in her post. They wrote: "Hilarious but I hope to god this is just some funny content, rather than you actually feeling the need to do it."

The star is engaged to fiancé Martin Bojtos and the pair are celebrating 2022 as the year they finally can get hitched.

In an intimate Q and A with followers last year, the star responded to questions from her near 400,000 followers about her plans for the future. One fan asked: “when is the wedding planned for and are you doing all the planning yourself? X.”

Kate excitedly confirmed: “11th June 2022. And yes we’ve both organised It ourselves."

The radio presenter shares a daughter with Martin and was recently spotted taking a festive stroll with her baby daughter Noa.

The star was the first female winner of Big Brother in 2002 and she has previously used her social media platform to share she was struggling with some "tough days" after giving birth to Noa.

For all your updates about reality TV stars, sign up for our daily OK! newsletter