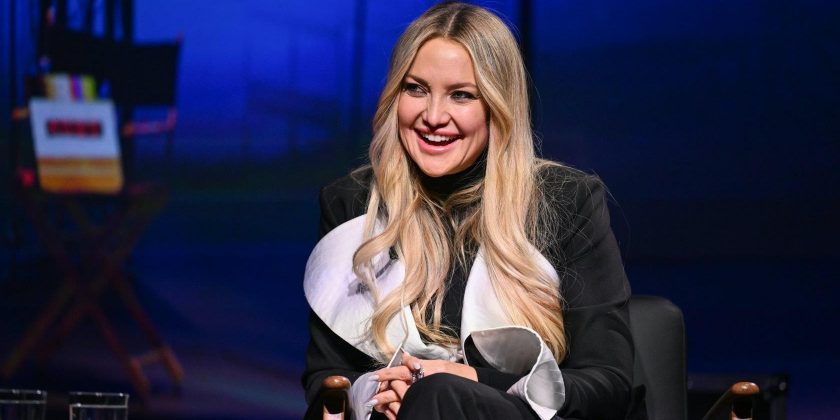 Reflecting on the most iconic roles of her career, Kate Hudson shared that she would take part in a How To Lose A Guy In 10 Days sequel “if the story was good”.

From Fools Gold and Bride Wars to Almost Famous, Kate Hudson’s 20-year career has been filled with roles that bring audiences joy.

In a Bafta a Life In Pictures interview on Friday 16 December, Hudson herself reflected on some of her most iconic characters and revealed whether a sequel for her most beloved film, How To Lose A Guy In 10 Days, is in the works.

The film, first released in 2003, has been given a new lease of life recently via TikTok, which Hudson says is a strange sensation. “I mean my son is nineteen and you know the other day he was saying that all the girls he follows on TikTok are doing this [How To Lose a Guy In 10 Days] thing, he’s like, ‘Mom I mean, it’s kind of annoying. I hate to say it.’ And I was like, aww – and I thought, wow, this still has such a life, you know,” she told the audience.

And when asked whether she’d consider a How To Lose A Guy… sequel alongside co-star Matthew McConaughey, the actor didn’t rule it out.

Hudson and McConaughey in 2003

“I mean not in the not in the works, you know,” she confirmed, before adding: “Matthew and I always say if there was a great story there, I think we would do it, you know? It would just have to be a good story and it’s hard to make a good rom-com. I mean, I think people have this sort of conception that it’s sort of like easy and… But to get a story right to make it actually work, is challenging.”

We can only hope.

Elsewhere in the interview, Hudson described the immediate chemistry her and McConaughey had on-set, which led to their later collaboration on Fools Gold in 2008.

“What happened was when I met Matthew I was like, ‘Oh yeah, like I want to hang out with this guy,’” she admitted. “We had that energy together that I wanted to play with him, you know? But I felt this sort of energy that felt kinetic.”

“We have a competitive spirit together. We’re both super athletic and we like to push each other… I love Matthew’s commitment to everything; like, he just puts everything in, and I just I was like, that’s the energy.”

Speaking about her character, Birdie, a scandal-ridden fashion designer in the upcoming Glass Onion: A Knives Out Mystery, Hudson explained that the experience “nourished every part of [her] as an actor”.

“I mean Birdie was so on the page and I’m just so happy he [director Rian Johnson] wanted me to bring her to life,” she shared. “And when you’re in the hands of great filmmakers like Rian you just feel so safe. I feel so happy that he wanted me to come play that part. It just felt like ‘oh thank you’.

“I remember Kurt [Russell, her step-father] saying that if you’re lucky, like once every ten years, you get that great experience of the movie that you couldn’t wait to do with the people that you couldn’t. I mean, he feels that way with [Quentin] Tarantino, like he could, you know every part of it was just nourishing and for me Glass Onion just nourished every part of me as an actor. I just felt like I was given material that I could play with.”

BAFTA a Life in Pictures is supported by TCL.