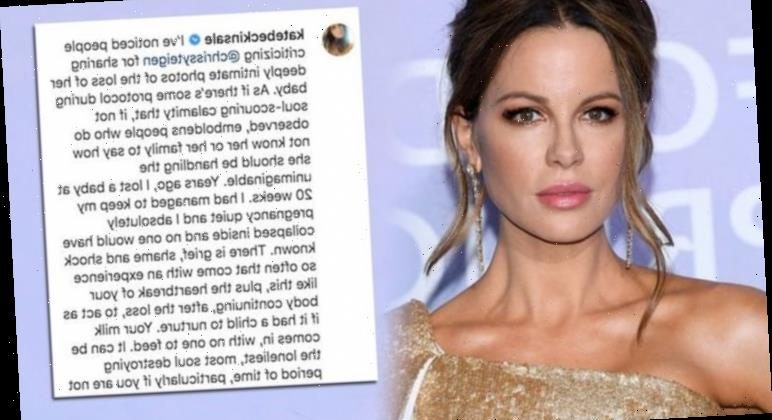 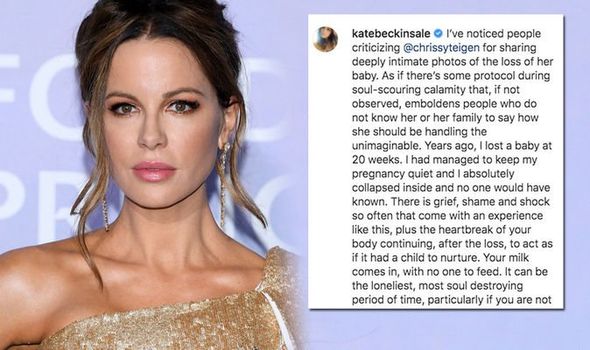 Kate Beckinsale has spoken out about the criticism Chrissy Teigen faced this week, after releasing “deeply intimate” pictures following the death of her baby son. The 47-year-old actress said the couple should be able to grieve in their own way during what can be the “loneliest, most soul destroying period of time”.

The movie star said she felt it was an “honour” to be allowed into their grief.

Kate, who shares 21-year-old daughter Lily with actor Michael Sheen, then went on to reveal that years ago, she lost a baby at 20 weeks.

Opening up about her devastating loss, she informed her 4.4 million followers that she had managed to keep her pregnancy quiet at the time.

She thanked model Chrissy for making it “abundantly clear” how devastating the loss of a baby is and also how “life changing” it can be without proper support. 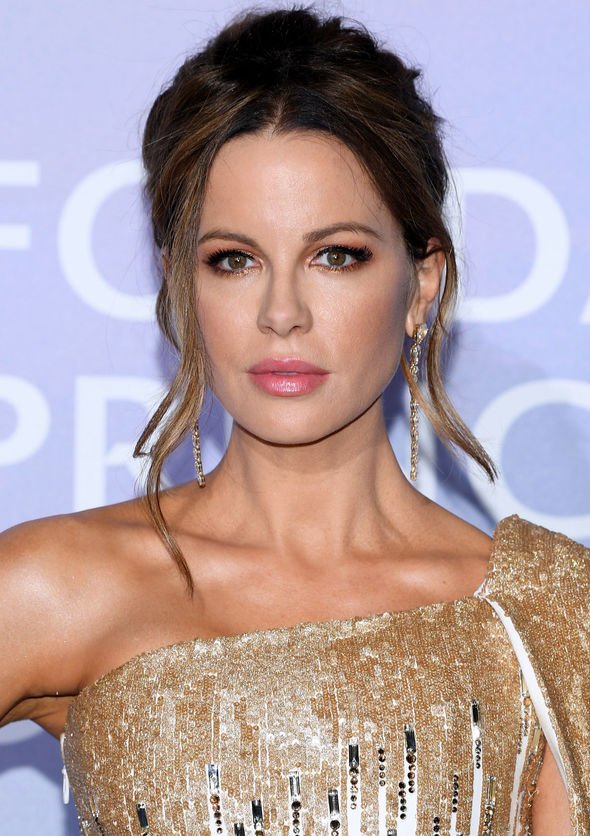 “As if there’s some protocol during soul-scouring calamity that, if not observed, emboldens people who do not know her or her family to say how she should be handling the unimaginable.”

Kate continued: “Years ago, I lost a baby at 20 weeks. I had managed to keep my pregnancy quiet and I absolutely collapsed inside and no one would have known.

“There is grief, shame and shock so often that come with an experience like this, plus the heartbreak of your body continuing, after the loss, to act as if it had a child to nurture. Your milk comes in, with no one to feed.” 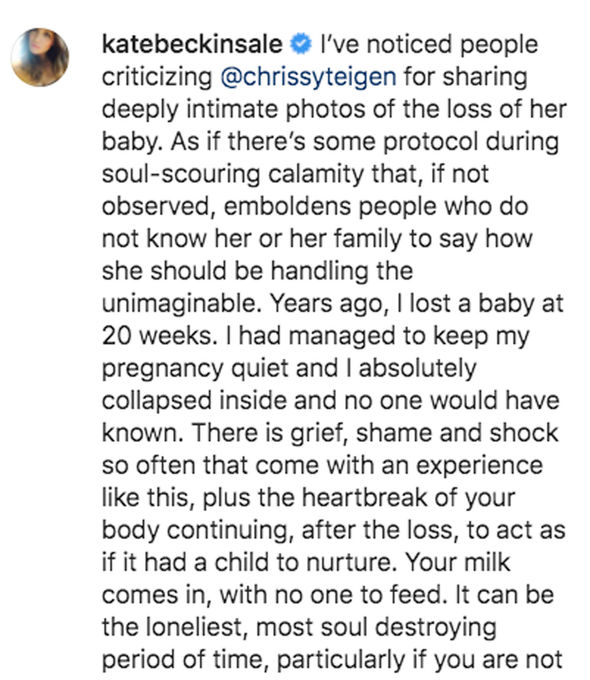 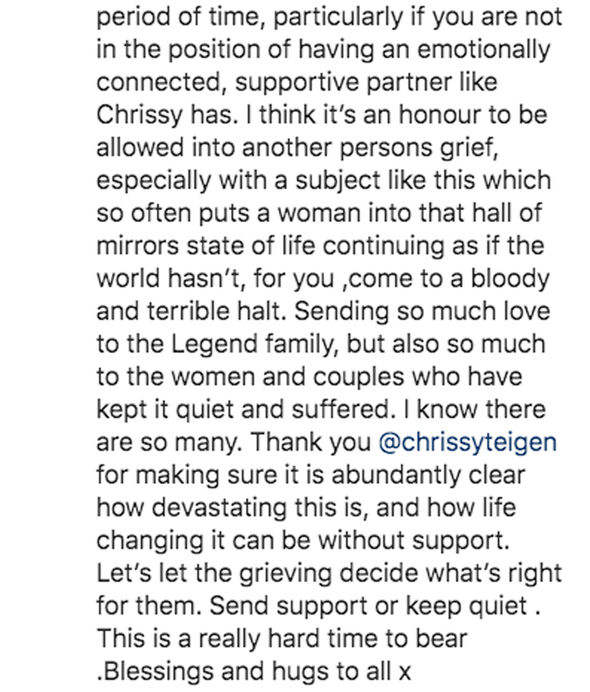 Sharing heartbreaking details, she went on to say: ”It can be the loneliest, most soul destroying period of time, particularly if you are not in the position of having an emotionally connected, supportive partner like Chrissy has.

“I think it’s an honour to be allowed into another person’s grief, especially with a subject like this which so often puts a woman into that hall of mirrors state of life continuing as if the world hasn’t, for you, come to a bl**dy and terrible halt.”

The British star reached out to the couple, who are already parents to daughter Luna, four, and son Miles, two, and shone a light on those who had “kept it quiet and suffered”.

“Sending so much love to the Legend family, but also so much to the women and couples who have kept it quiet and suffered. I know there are so many,” she wrote in her candid post. 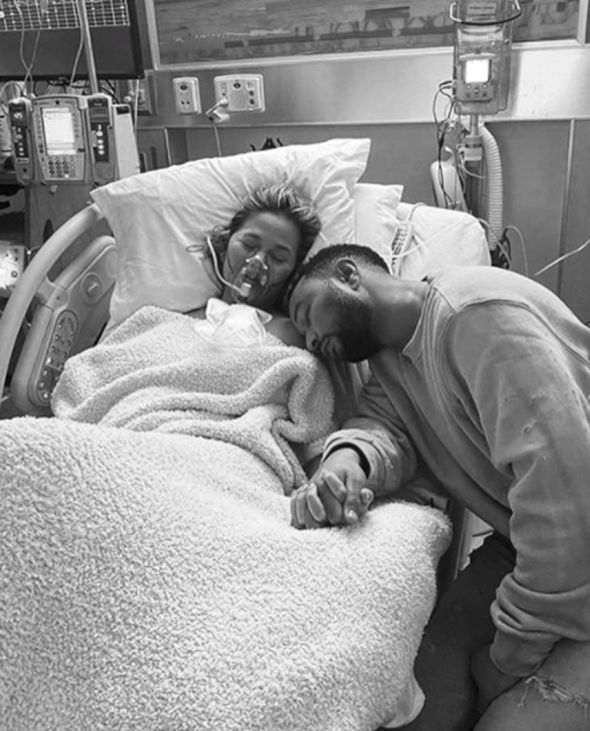 “Thank you @chrissyteigen for making sure it is abundantly clear how devastating this is, and how life changing it can be without support.

“Let’s let the grieving decide what’s right for them. Send support or keep quiet. This is a really hard time to bear.

“Blessings and hugs to all,” she signed off.

Chrissy revealed her pregnancy loss online this week and told fans the couple were “shocked and in the kind of deep pain you only hear about,” following the miscarriage of their baby boy, who they named Jack, halfway through her pregnancy.