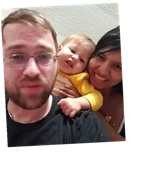 Because of the allegations of abuse in their relationship, Paul Staehle and Karine Martins were not at the Tell All this season.

Now, it seems that they have once again reconciled.

What started with a visit from police in late July turned into Paul and Karine breaking up.

Both of them took out restraining orders against each other, and were set to go to court much later this year.

Us Weekly got a look at court documents this week.

They reveal that, two weeks ago, Paul and Karine dismissed not one but three different emergency protective orders.

The orders were withdrawn at the request of both petitioners, who had previously not been allowed within 500 feet of each other.

This news comes amidst worried rumors that the two have reconciled, and seems like confirmation that it’s true.

Paul and Karine have broken up multiple times in the past, seemingly for good.

On Wednesday night, however, Paul made a very different sort of announcement on his Instagram Stories.

He did not go so far as to announce their reconciliation, though Karine and Pierre now appear in his profile photo.

Instead, he is leveling some (poorly worded) accusations against whoever acted as Karine’s translator during their fallout this past summer.

“Acting as a translator and making false statements on a written statement that the person being translated for never said is absolutely ridiculous,” Paul awkwardly declares.

“If you’re being trusted to translate for someone,” he accuses, “you are supposed to only translate what that person says.”

“Not fabricating your own false narrative,” Paul adds.

Paul accuses that someone did this “to try to get someone sent to prison for felonies he in fact never committed.”

He then claims: “and the supposed victim never accused him of.”

In other words, Paul appears to be implying that Karine never accused him of anything, that an advocate who translated for her simply put words in her mouth.

Of course, fans are already saying that perhaps Karine simply got cold feet about leaving Paul — as she has before — and opted to throw her friend and advocate under the proverbial bus.

It would be easier, they say, to feed that story to a controlling partner than to admit to having said it yourself.

And even if someone really did use a creative license when translating, which many fans have a hard time believing, that does not explain everything.

Paul seemed to accuse Karine of having put glass in his food. He also stated that he has extensive surveillance footage from his home that he shared with Karine.

Additionally, 90 Day Fiance viewers saw for themselves that Paul has displayed controlling behavior.

Karine has had to lock herself in the bathroom to get privacy. And we all saw Paul bombard her with threats after she left the house without his knowledge.

That he then forced multiple hugs on her while she pleaded for him to stop did not sit well with viewers, either.

We would all love to celebrate a healthy couple’s reconciliation and to believe that this was simply a misunderstanding or a horrible mistranslation.

But unfortunately, that explanation is simply a little hard to swallow. Fans have real concerns that this is just history repeating itself, and that next time may be worse.

90 Day Fiance Happily Ever After: Colt Faces Larissa and Jess at the Tell AllStart Gallery