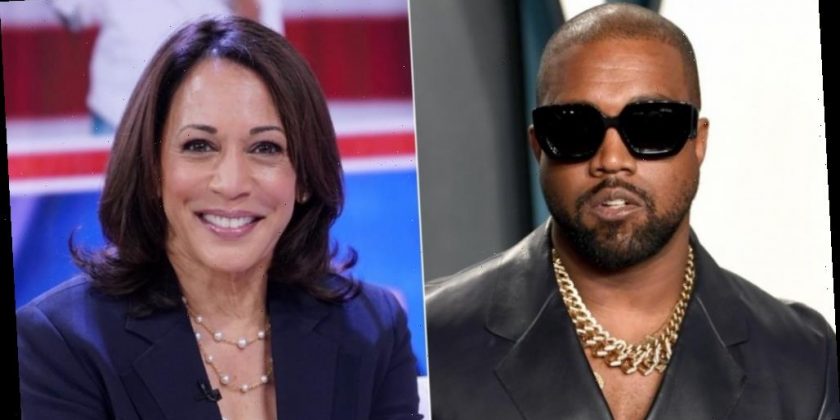 We’ve been saying for months now that 2020 has been weird. Of course we’re in the middle of a pandemic, which is enough by itself to put a stain on a year, but then you add in things like murder hornets, Harry and Meghan stepping down from the royal family, and Kanye West running for president (yes, Kanye West the rapper and Yeezy designer) — and well, things go from weird to downright bizarre in a hurry. But here we are…

And just days after presumptive Democratic presidential nominee Joe Biden announced that Kamala Harris would be his running mate in the 2020 election, Ye has surfaced with some surprising comments for the woman whom he would potentially be running against in the race to the White House with his own VP pick, who is reportedly either Christian pastor Michelle Tidball or… rapper Jay-Z. See? Bizarre.

Kanye West's message to his competitor

After a few days of tweeting nothing but chatter about Guns N’ Roses, alpacas at his ranch, and “lonely emojis,” Kanye West surfaced with some words for Kamala Harris (via TMZ). On Saturday, August 15, he tweeted a message accompanied by a black and white photo of his late mother Donda as a little girl, acknowledging Harris’ appointment as Joe Biden’s VP pick. “I know my mom and Kamala Harris would have been friends … congratulations on being the democratic Vice President nominee … all love and respect from the future president. It’s an honor to run against you,” Ye said.

The tweet starts off with such a supportive vibe, and that sweet photo of his mother really grabs you. But then — don’t forget, it’s still 2020 — it all comes crashing down as West refers to himself as “future president.” Perhaps it shouldn’t be surprising given what we’ve already been through this year, but it is.

So how did we get here? As most Kimye fans know, Kanye West has a history of taking what many say are interesting and controversial stances on political issues, such as his past support of Donald Trump (via CNN). However, by July of this year, it seemed West was done supporting the MAGA movement. With a tweet on July 4, Ye announced his intentions, saying, “We must now realize the promise of America by trusting God, unifying our vision and building our future. I am running for president of the United States! #2020VISION”

In an interview with Forbes days later, the rapper stated of Trump’s presidency, “It looks like one big mess to me. I don’t like that I caught wind that he hid in the bunker.” He also stated, “I am taking the red hat off, with this interview.”

The internet, of course, could barely handle this news. Was he kidding, was he serious? Given the fact that West has been filing in various states to appear on the ballot as an independent, it seems he’s completely serious. Oh, 2020.