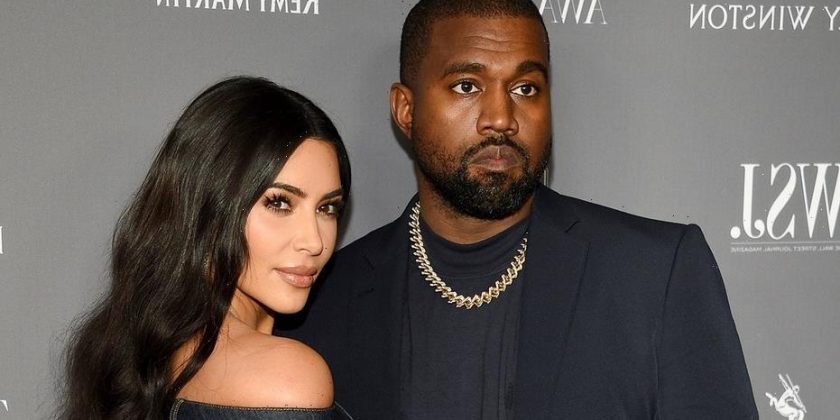 Kanye West posted a five-minute-long “Thanksgiving Prayer” to social media in which he opened up about his desire to reunite with Kim Kardashian and how his 2020 presidential campaign put a strain on their marriage.

The 44-year-old rapper, who recently changed his name to “Ye,” shared the video of his prayer to Instagram. In it, he discusses the importance of taking accountability for his actions and declared that he thinks daily about “how I get my family back together and how I heal the pain that I’ve caused.”

“I take accountability for my actions. New word alert: misactions. The one thing that all my successes and failures have in common is me,” West begins.

The Yeezy founder opens up about drinking alcohol, saying: “I would drink to take the stress away and knock the edge off. Drinking affected my health and the health of people around me because I already had a hair trigger temper and this just heightened it.”

Kanye West says he thinks daily about getting his family back together amid his pending divorce from Kim Kardashian. Kardashian filed for divorce in February.
(Photo by Charles Sykes/Invision/AP, File)

He also discussed going into “a manic episode” in 2016. Going “on and off medication” left him “susceptible to other episodes, which my wife and family and fans have had to endure,” he said.

After calling himself out for his ego and temper, West moved on to politics. The rapper ran for president in 2020. Prior to that, he was known for voicing support for President Trump and wearing a MAGA hat.

“Good lord my wife did not like me wearing the red hat,” West says in the audio. “Being a good wife she just wanted to protect me and our family. I made me and our family a target by not aligning with Hollywood’s political stance and that was hard for our marriage.”

West also discussed the press conference he gave early on in his bid for president when he revealed he and Kardashian contemplated aborting their first child. 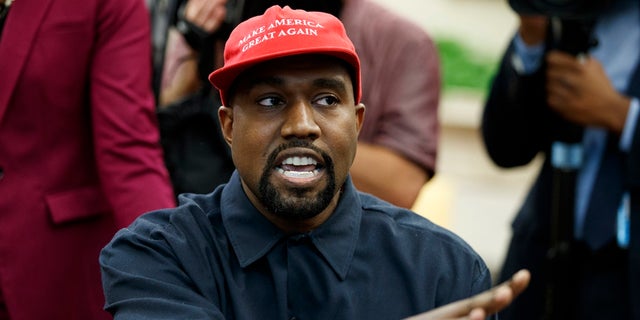 “Then I ran for president without proper preparation and no allies on either side. I embarrassed my wife in the way I presented information about our family during the one and thank God only press conference. All my dad had to say afterwards was, ‘Write your speech next time, son.’”

The rapper also confessed to spending “money like crazy” and becoming a “self righteous Christian.”

“Mix that with being rich and famous and very very very very very very attractive and you got a Molotov cocktail ready to be thrown through the window of anyone who ever disagreed with me. I was arrogant with my Jesus like I just got me some Jesus at the Gucci store with a stimulus check,” he said.

West concluded by thanking Kardashian for giving him his family, and also expressed his gratefulness for “the life that God has given me.”

“I’m thankful for your time, attention, and patience,” he concluded. 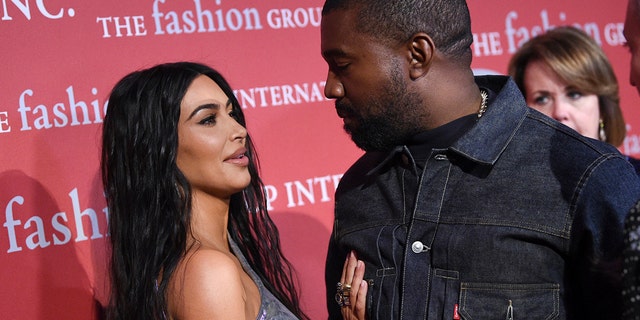 West’s Thanksgiving prayer came shortly after he claimed on social media that God will bring him and Kardashian back together despite their pending divorce. He shared a black and white photo of him kissing Kardashian to his Instagram story Friday along with a TMZ story. “Kanye West Says God Will Bring Kim and Him Back Together, Inspire Millions,” the headline stated.

West also discussed the possibility of uniting with his estranged wife during a visit to Skid Row on Thanksgiving. “The narrative God wants is to see that we can be redeemed in all these relationships,” West said via Yahoo!.

The “All of the Lights” rapper went on to say God’s facilitation of his and Kardashian’s reconciliation would inspire other families.

Despite West’s desire to be back together with Kardashian, the reality TV star has seemingly moved on with comedian Pete Davidson. The two have been spending more time together and were recently spotted holding hands during a walk after celebrating Davidson’s birthday together.

Kardashian has been single since filing for divorce from West in February. They share four children: North, 8, Saint, 5, Chicago, 3, and Psalm, 2. 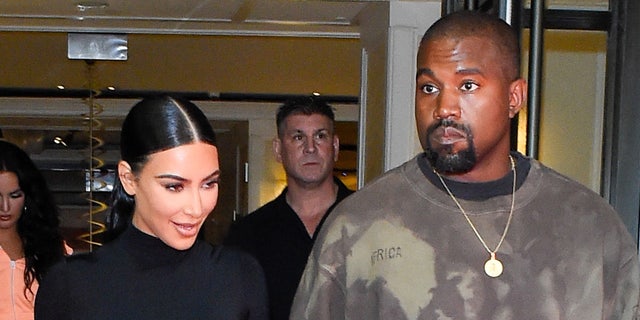 Kanye West and Kim Kardashian are seen outside the mark hotel on May 7, 2019 in New York City. In recent weeks, Kardashian has been spotted with "Saturday Night Live" comedian
(Raymond Hall/GC Images)

She later addressed the divorce during a “Keeping up with the Kardashians” reunion in June.

“I honestly don’t think I would even say it here on TV, but it was not one specific thing that happened on either part. I think it was just a general difference of opinions on a few things that led to this decision,” Kardashian told host Andy Cohen at the time.